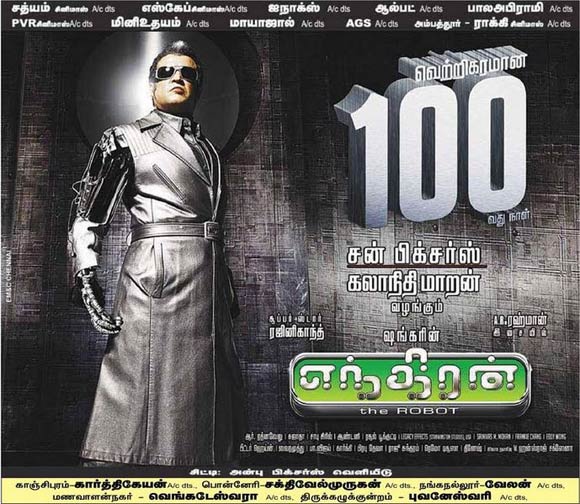 A new movie out of India called Endhiran is about a dude named Dr. Vasi (Rajnikanth, aka Superstar Rajni) who invents a super-powered robot in his image named Chitti. When lightning hits the robot, it becomes sentient, and gets emotions. The thing falls in love with Vasi’s fiance Sana (Aishwarya Rai) and from there on things spiral out of control.

. What kind of things? Well, when a bad guy gets to the robot and turns him into a super-terminator, Chitti begins to build clones of himself. Then it’s major carnage as the robots assemble themselves in shapes like a sphere, snake, drill, etc. It’s best if you just take a look at this video (with Russian dubbing over it, sorry bout that):

Endhiran, or Enthiran, was filmed in 2008 and was directed by S. Shankar, aka Shankar Shanmugam, whose 1996 film Indian won an Academy Award for best foreign language film. Special effects for Endhiran are done by Indian Artists Computer Graphics, with help from Stan Winston Studios (USA), Kinomotive Studios (Hong Kong) and Menfond Electronics (Hong Kong). Even Yuen Woo Ping was brought in to do stunts, as he was in the Matrix films.

Endhiran is the most expensive Indian film of all time; it also happens to be the highest grossing Indian film of all time. It should be noted that the movie is a Tamil film, in the Tamil language. The nickname for Tamil cinema is Kollywood (Kodambakkam + Hollywood). Kodambakkam is a neighborhood in the city of Chennai. The word Bollywood technically doesn’t apply here, as Bollywood refers to Hindi-language films that are based out of Mumbai. 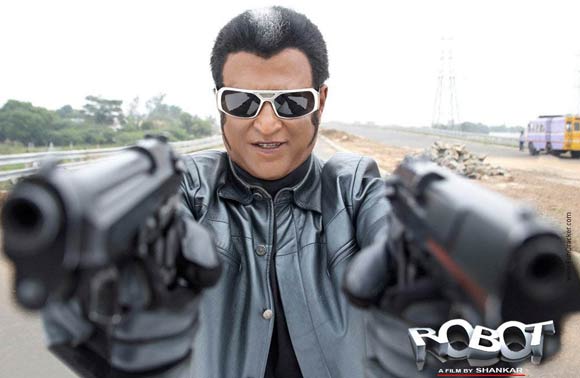