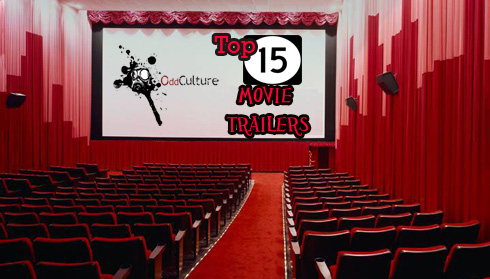 Audiences probably didn’t think this flick would be that bad, given Hitchcock’s playful, fun tour of the Bates motel. Boy were they in for a surprise.

The second part of this trailer is your typical action stuff, but the first part, where the camera starts on Travolta’s face, pans behind him, then circles around to reveal Cage’s face is just brilliant.

Visually and aurally fascinating trailer for one of Kubrick’s masterpieces.

It starts out like your watching some dude’s home movie (which you are) then descends into monster chaos! Nice one, Abrams.

Also called The Executioner, this violent grindhouse-style mafia movie from Duke Mitchell has two hit-men wipe out an entire office building while a cheery Italian ballad ironically plays. And did Tarantino steal the look for Vincent and Jules?