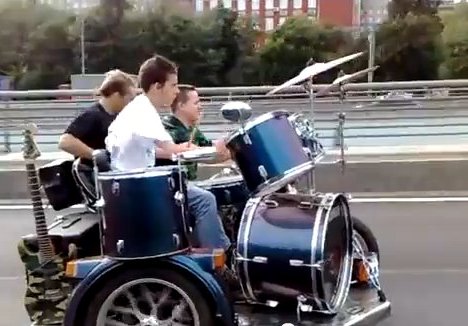 In Soviet Russia, concerts travel to you...

A Russian band, put together by Moscow artist Alexander Ishutin, performs on drums and guitar while driving down a highway on Moscow’s Third Ring Road. Check out the video below: 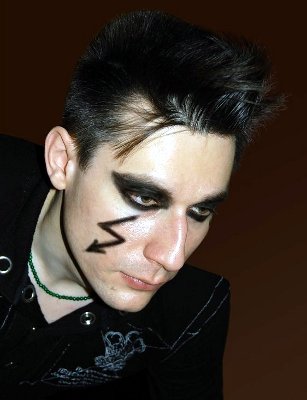 The vehicle they are riding in is a motorcycle with added on sidecar, made into a small stage. The video is called The Bremen Town Musicians Today, which is a reference to an animated short film from 1969.

As somebody remarked “You guys are pretty good, you should take that act on the road…”