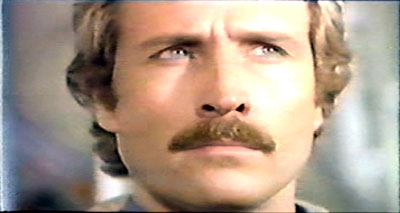 In a society of rampant crime, corrupt government officials, and terrorism by the Red Brigades, a movie like Roma Violenta (AKA Violent Rome) was inevitable. In the 70s, poliziotteschi films were quite popular in Italy. It all started with Dirty Harry, of course, and Italian producers flocked to the format, churning out vigilante-cop movies as fast as they could. This one stars the late, great Maurizio Merli, as a detective named Commissario Betti, working in Rome against a seemingly unstoppable crime wave. Innocents are killed regularly, people are raped, beaten…and the criminals are occasionally caught, only to be released days later. Well, Merli’s character isn’t about to sit idly by, watching the by-the-book methods of his peers get little results, so he brings his own brand of justice to the city. Eventually, this gets him thrown off the police force, after which he finds himself in the company of a group of neighborhood vigilantes run by a high-profile lawyer.

Roma Violenta is a straightforward action movie with no particular plot twists to speak of. The movie uses emotions as fuel, not story development. As a result, it tends to feel like a bunch of sequences strung together by a thin thread, but some of those sequences pack quite a punch. What’s interesting about a movie like this is that all of the lines are dubbed in English; as a result, you never know what Merli truly sounds like – so you are forced to accept him on terms of appearance and facial/body movement. On this level, Merli has a strong on-screen presence.

The movie itself is not as strong as its leading man; its plotline is simple and aimless. It would be another year before all things came together (the vastly superior Napoli Violenta

(1976)); but Roma Violenta is an adequate study in the chaos and nihilism of the period. One can’t help but think that poliziotteschi films were an influence on John Woo (Hard Boiled

also conveyed the feeling of impending doom beneath the surface of society). I also appreciated the setting; Rome is presented as gritty, helps set the film’s mood. I find it interesting that the second half of the movie finds Detective Betti on a vigilante squad, engaging in Old Testament values of justice and revenge set against the backdrop of a fallen empire mentioned in said Bible. 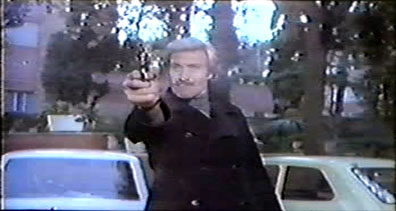 Lots of people talk about the ending of the film, which at first viewing is confusing – it either presents two alternative futures for our anti-hero, or merely two different viewpoints in time of the same fate. Doesn’t matter – either way, the future is bleak for Commissario Betti – a man resigned to living a particular obsession until he dies, but one is strangely comforted knowing that someone is out there doing the dirty work. (Just like Dirty Harry – every dirty job that comes along…)

Of course, the problem with movies such as these (and Dirty Harry

) is that they present one-sided arguments using the worst criminals possible, which puts the audience square on the side of fascism/vigilantism. One might wonder what would happen if Merli’s Betti or Eastwood’s Callahan beat the shit out of an innocent man by mistake. But given the period, you can feel the frustration of the audience tired of rampant crime, and accept the movie as entertaining medication. Take two and call me in the morning.