Here we go with Part 2 of 5 funny Japanese TV shows! (Part One here) Japan is the source for all sorts of amusing variety shows, superhero shows, and anime. Some of the TV shows in Japan have made it over into the states, where they have been given American commentary. Let’s take a look:

Sasuke is a sports show where contestants have to go through an obstacle course. The course comes in 4 stages. Sasuke used to be part of a show called Muscle Ranking (aka “Unbeatable Banzuke”) but was spun off from it. Sasuke is popular enough that it has been exported to other countries, like the USA, and given the title “Ninja Warrior.”

We don’t actually know the name of this show. But apparently it involves girls dress in bikinis, throwing pies at each other while sitting on mechanical bulls. Hey, whatever works! 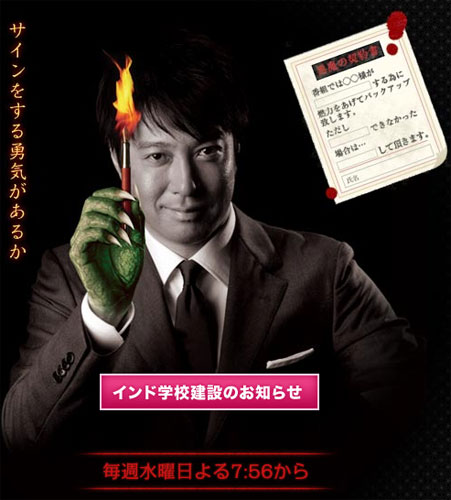 Akuma no Keiyaku means “Devil’s Contract.” We’re not sure about the overall purpose of the show, but we are guessing that people are made to embarrass themselves for prizes and/or money. Take Japanese comedian Naomi Watanabe, who signed a contact saying that she would fatten up (gain 22 pounds) in 1 week. In order to do this, she had to consume 12,000 calories a day. (That’s, uh, a bit dangerous, isn’t it?)

The work poor Naomi had to do – all of the eating, crying, degradation – didn’t pan out, since she didn’t gain enough.

But at least she was a good sport about it.

This is a 70s kids show that can be roughly translated as “Gimme Gimme Octopus.” Produced by Toho, it aired from 1973-1974. The man character, named “Kure Kure Takora”, is always saying “Kure! Kure!” (“I want it!”), meaning that the little brat wants everything he lays his eyes on.

But, as you will see in the video below, the show is much more than that, and you’ll probably agree that it belongs among our 5 funny Japanese TV shows list. Or maybe you’ll just go insane. 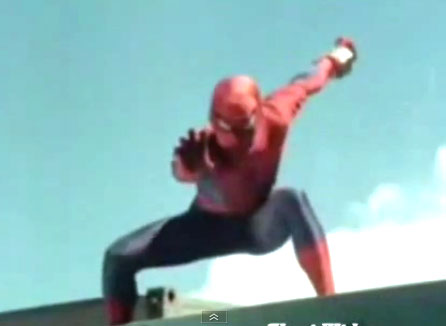 Spider-Man was a funny Japanese TV show that aired from 1978-1979. It certainly fits the “Weird Japan” mold. A live-action series very-loosely based on Marvel’s Spiderman, it made Spidey into a motorcycle racer named Takuya Yamashiro who obtains a bracelet from a dying alien which gives him spider-powers. It also gives him a special UFO that he can turn into a giant robot called Leopardon. Spiderman fights against a bad guy named Professor Monster, who has an alien army called Iron Cross. So the Japanese Spiderman allows viewers to get a dose of super hero drama and giant robot/giant monster action. Brilliant!