There have been new UFO sightings in the past few days – one event in Utah and another in Jerusalem.

In American Fork, Utah, red lights appeared in the sky and stayed in formation for 15 minutes, hovering, and then dropped bright, white objects.

Currently, there is no explanation.

The UFO Jerusalem event is just as impressive, considering that it has been filmed by different observers.

Here, you’ll see a glowing ball hovering over the Dome of the Rock, and then shooting up into the sky extremely fast.

One inconsistency we see is the double flash before the object takes off… some videos plainly show the flash, another video doesn’t.

HOAX has been cried for this one. Maybe.. it could be some kind of huge Hollywood viral thing prior to the release of Battle of LA and Cowboys and Aliens. Who knows. 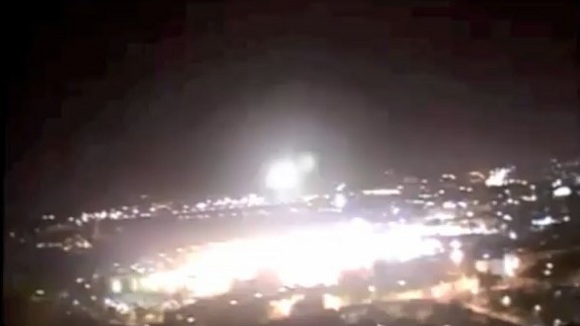 Other explanations include the ever-handy “secret government experiment” scenario.