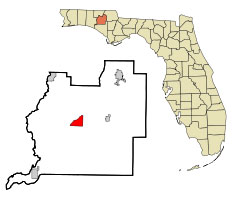 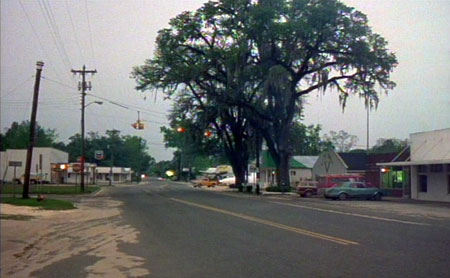 Florida is mostly made up of towns like Vernon.

There’s a town in the Florida panhandle called Vernon. Located in Washington County, right off I-10, it’s nothing more than a rest stop for people on the way to Panama City. Trouble is, there are so many possible routes to Panama City the chances are low you would ever end up in Vernon. Anyway, if you live in, say, Pensacola, and wanted to go to Panama City, you could always take a nice scenic beach drive on US 98 (and it’s faster, anyway). Then again, maybe you live in Alabama.

Anyway, forget maps for a second. The 2004 estimates from the U.S. Census Bureau place Vernon’s population at a hefty 757. Ok, that’s not a lot. But something drove filmmaker Errol Morris to make a movie about the place.

Well, that “something” is the story behind Vernon’s nickname – Nub City.

Vernon is named for George Washington’s Virginia home, Mt. Vernon. An old steamboat port between the red hills of Alabama and the white shores of Florida’s Emerald Coast, this pioneer town was the site of a major Indian settlement and is home to what you call “poor country folk”. In the first half of the 20th century, the steamboats stopped running, the sawmill closed, jobs became scarce, and bright young residents left for college and never came back.

As for the Nub Club, as they would later be called, someone had to be first. His identity is lost to history, but this much we can guess. One day he took a look at his hand and he compared its future earning potential to the value of his insurance policy and he made a simple calculation. There was an accident. Money changed hands. Word got around. More accidents.

Did you know: More than two-thirds of all loss-of-limb accident claims in the United States in the late ’50s and early ’60s come from the Florida Panhandle.

“To sit in your car on a sweltering summer evening on the main street of Nub City,” writes investigator John Healy, “watching anywhere from eight to a dozen cripples walking along the street, gives the place a ghoulish, eerie atmosphere.” Nearly 50 men in Vernon and surrounding areas collected insurance for these so-called accidents. None were convicted of fraud. But the increased scrutiny – along with some companies’ refusal to sell any more policies in that area – brought an end to the maimings.

Enter Errol Morris. He decided to do a documentary on “Nub City.” But when Vernon, Florida

was released in 1982, it was about an hour long and focused on the eccentricities of some of the town’s bizarre residents:

… surreal monologues from an idle police officer, an obsessive turkey hunter, a pastor fixated on the word “therefore,” a couple convinced that the sand they keep in a jar is growing, and, among others, an old man who claims he can write with both hands at once. “He picked all the nuts in Vernon,” City Clerk Sharon Cobb said recently. 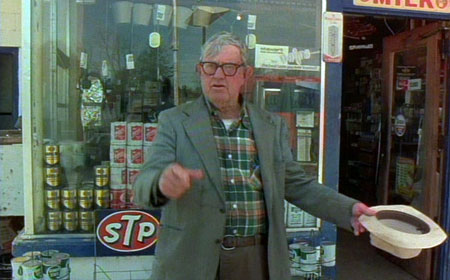 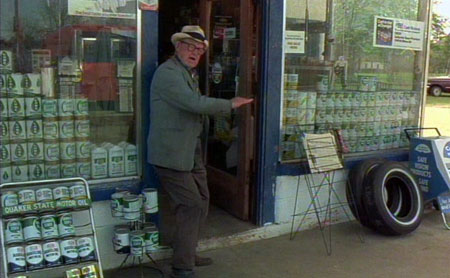 There is nothing in the movie Vernon, Florida that suggests people blowing their limbs off for insurance money. That’s because the people in question threatened to murder Morris should he release his film that way. So he had to retool the film, and the nub angle fell by the wayside. 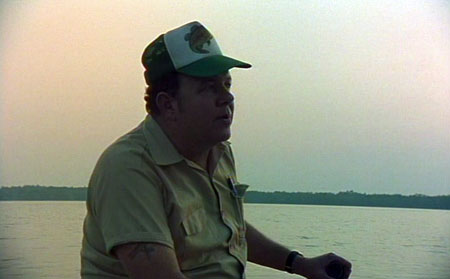 The film, by the way, is interesting in a trainwreck sort of way. Even though less than an hour long, it seems much longer. Morris is highly respectful of his subjects – he keeps the camera still and never cuts from someone’s monologue, even if that monologue happens to be very boring. He also never speaks (you only hear from the person being interviewed) so the effect is like being stuck with some crazy backwoods person ranting and raving over some kind of nonsense. Of course, you’re too polite to interrupt them, and that’s probably out of pity. 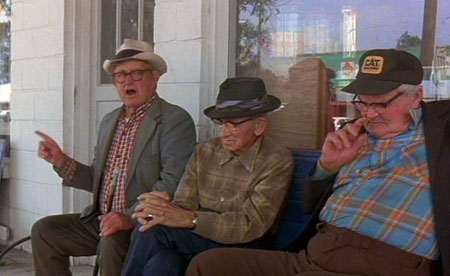 However, it is fascinating to see how people who live in a town like Vernon can make some kind of life for themselves out of bizarre hobbies. And some of the scenes in the movie could be mistaken for that high def channel where you just see a sunrise over the swamp, or crickets and birds moving about in the woods. There’s an ending scene with this guy who’s crazy over turkey hunting, where he’s sitting in a boat listening to buzzards and whispering about turkeys while in some strange fanatical trance – there’s a rather soothing calm throughout the whole thing.

Perhaps that’s the whole point of living in a town like Vernon – if you want peace and quiet, this is where to go. Just stay away from the couple who keep sand in a jar and tell you that it’s growing. 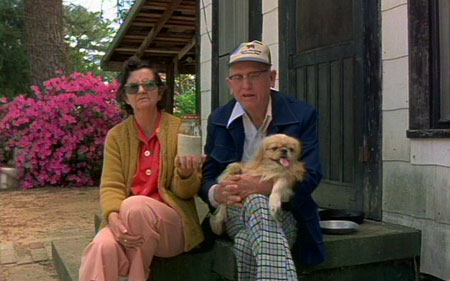 Atomic Testing seems to have affected more than the sand.

Let’s see, what else is there to say about Vernon? Oh yeah – the Florida DoT wants to widen state road 79:

so the folks in Panama City Beach will have a four-lane highway on which to flee from hurricanes.

“The city fathers and the county and the general public all came to a consensus that if they bypassed it, it would really kill the city.” His choice of words is striking, because almost every Vernon resident interviewed about the issue by the St. Petersburg Times said exactly the opposite: that the widening, not the bypassing, would result in the city’s death. Almost everyone said that. There were two notable exceptions. Both are local politicians. Both used their official positions to support the widening. And both stand to make a profit.

A profit because after the road widening those two people will now have highway-front property which has gone up in value. As for other properties, like Miner’s Movie Mania, Dixie Dandy, Tom Thumb, KC’s Pizza, City Hall, gas stations, an auto parts store, a churgh, and a park, well they’ll be demolished. 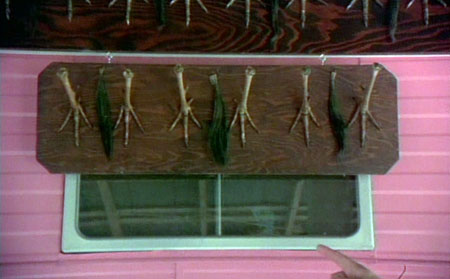