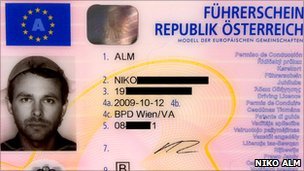 An atheist living in Austria named Niko Alm wanted to make a point when applying for his drivers license. That’s why he wears a pasta strainer as a hat for his driver license photo. And the government let him, because the pasta strainer is considered “religious headgear.”

Police later said that Alm was allowed to wear the goofy strainer/colander on his head not because his religion of Pastafarianism required it, but because his face was clearly visible, which apparently is the only criterion.

Niko Alm probably disagrees. Authorities made him get a certificate from his doctor saying he was “psychologically fit” ie: not a loon. 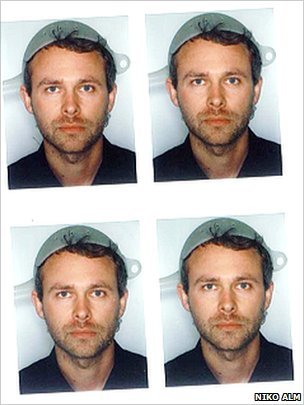 Alm is an atheist, but calls himself a Pastafarian, a joke cooked up by the Church of the Flying Spaghetti Monster, which as most of you know is meant to spoof all religions by saying that a Flying Spaghetti Monster created the universe, and that global warming and natural disasters are a direct effect of the shrinking numbers of Pirates since the 19th century.

The next step, Mr Alm told the Austrian news agency APA, is to apply to the Austrian authorities for pastafarianism to become an officially recognised faith.