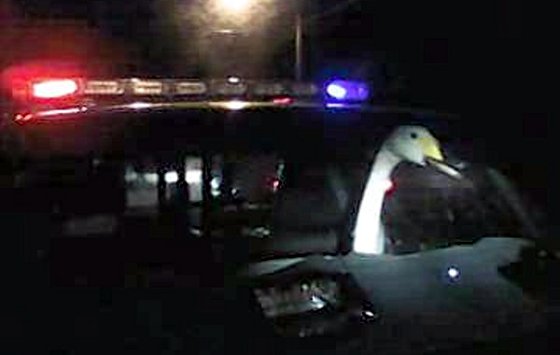 24 year old Goeffre Peter Smart is actually pretty dumb for stealing a swan from Orlando’s Lake Eola. Orlando police found Smart by following the trail of white feathers right into the guy’s back yard. One witness told authorities they saw Mr. Smart Guy walking down Robinson street with the iconic white swan in his arms.

After Smart’s arrest, cops put the swan inside a police car and brought it back to Lake Eola, where it appeared no worse for wear. As for Smart – well, for being dumb (and having an ironic name) he now faces charges including grand theft of a commercially farmed animal, being in the park after hours, and animal cruelty. What a bird brain!