A Russian spa in the city of Zheleznovodsk has recently opened an enema monument. The bronze syringe bulb, which weighs 800 pounds and is held by three angels, was unveiled at the Mashuk-Akva Term spa on Wednesday, June 18th, 2008. The monument cost $42,000. 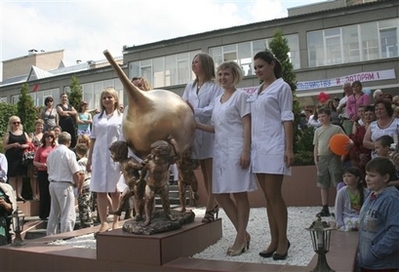 “There is no kitsch or obscenity, it is a successful work of art. An enema is almost a symbol of our region.”

The Caucasus Mountains region is known for many spas where enemas (with water from mineral springs) are routinely administered.

A banner reads: “Let’s beat constipation and sloppiness with enemas” – a reference to the movie Twelve Chairs 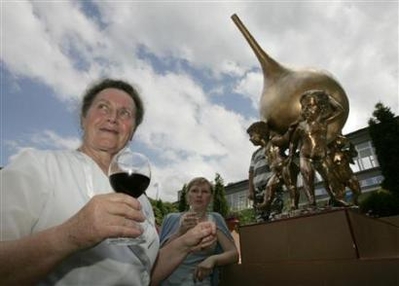 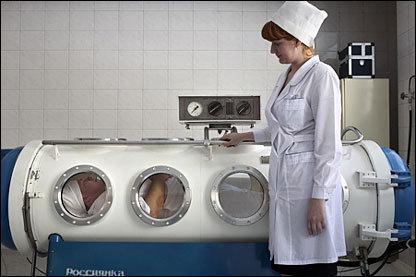 A male patient undergoing oxygen therapy at a Russian spa

By the way, be careful with your Russian enemas! Patients at another sanatorium in the Stavropol region needed medical treatment in January after a nurse administered enemas using hydrogen peroxide instead of water. Seventeen patients were hospitalized with burns to the intestinal tract.