Here’s something from the LA Times:

“They sell Bud. We sell Weed,” he said. “What’s the difference?”

The federal government is telling the owner of a small brewery in Weed, California that the pun he’s placed on caps of his Weed Ales crosses a line. “Try Legal Weed,” the caps joke. 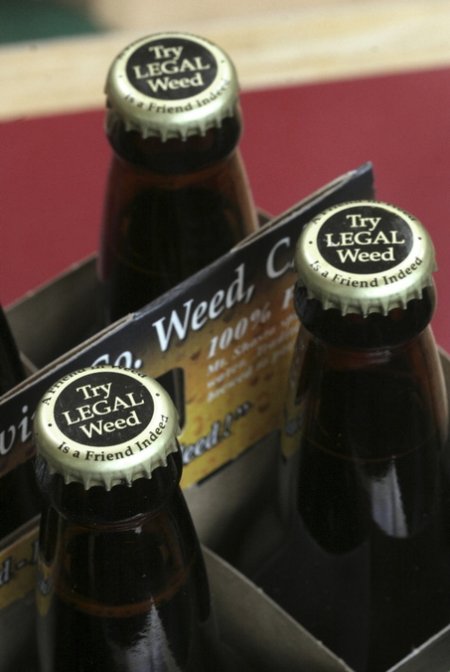 The U.S. Treasury Department’s Alcohol and Tobacco Tax and Trade Bureau says those three words allude to marijuana use, which is a no-no in the eyes of the federal government. Vaune Dillmann, owner of Mt. Shasta Brewing Co., says he was just trying to grab attention for his beers and this tough-luck town in the shadow of Mt. Shasta.

The bureau’s bureaucrats have told Dillmann he needs to stop using the “Try Legal Weed” bottle caps. If he doesn’t, he could risk fines or sanctions. His worst fear: being forced out of business.

“This is ludicrous, bizarre, like meeting Big Brother face-to-face,” says Dillmann. “Forget freedom of speech and the 1st Amendment. They are the regulatory gods, a judge and jury all rolled into one. This is a life-or-death issue for my business.”

Besides, he said, the town itself was named for a man, not a plant. Abner Weed was a lumber baron who served as a state senator from these parts a century ago. 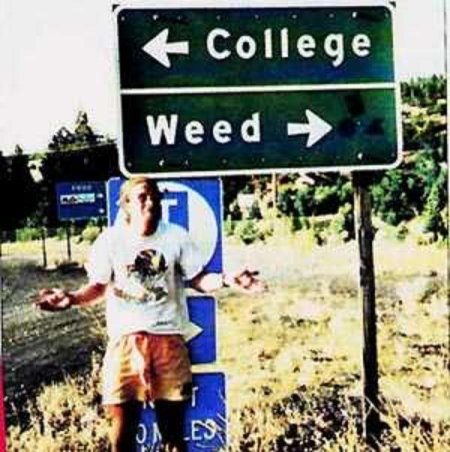 This Famous Photo’s Origins Now Revealed: The College is actually called College of the Siskiyous 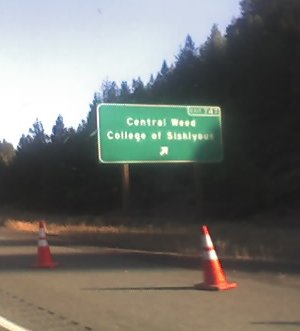 Folks in Weed — population 3,000 — know whom they’re rooting for. “Government is keeping us safe from bottle caps,” mocked the headline above an editorial in the Record Searchlight newspaper of Redding, an hour’s drive south down Interstate 5. “Let’s get real,” the editorial concluded, “anyone old enough to legally buy a six-pack . . . is mature enough not to be dragged into a life of drug-addled debauchery by a message on the bottle cap.”

On the bottle caps in question, “Try Legal Weed” is surrounded by the slogan “A Friend in Weed Is a Friend Indeed” To Dillmann’s supporters, that spells civic boosterism, not drug pushing. Weed has a tradition of exploiting the double-entendre of its name. A placard on the way out of town announces “Temporarily Out of Weed” Gas stations sell “High on Weed” T-shirts. (The town, after all, is at an elevation of 3,500 feet.)

The metal entry arch downtown is something of a stoner stopover. Summer days find traveling pot aficionados posing for snapshots under the archway’s sign, “WEED“ 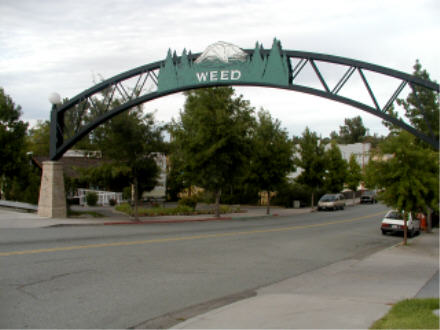 Dillmann says the government treats Budweiser with kid gloves, despite the fact that “This Bud’s for You” also could be mistaken for marijuana slang. “They sell Bud. We sell Weed,” he said. “What’s the difference?”