Are you a Facebook user and fan of social networking games like Mafia Wars and Farmville? Here’s an interesting spotlight on Zynga CEO Mark Pincus, who did a lot of annoying things, like giving you toolbars and malware you can’t get rid of, because he “needs revenues right now!”

More from The Consumerist:

From the beginning, the profitability and viability of popular Facebook social networking games Mafia Wars and Farmville were predicated on the backs of scams, boasts Zynga CEO Mark Pincus in this video. In games like Mafia Wars, Farmville, YoVille and Vampires Live, you know, some of the major sources of all those garbage announcements cluttering up your Facebook, players compete to complete missions and level up. You can wait for your various energies to regenerate naturally over time, or you can purchase with real money in-game boosts. Or, you can complete various lead generation offers, many of which are of the “answer page after page of questions and opt in and out of receiving various kinds of spam” variety. Some of them install malware and adware that is impossible to remove. And some of them secretly subscribe you to monthly recurring $9.99 credit card charges.

… so I knew I needed revenues, right, f*cking, now. So I funded the company myself but I did every horrible thing in the book to, just to get revenues right away. I mean we gave our users poker chips if they downloaded this zwinky toolbar which was like, I dont know, I downloaded it once and couldn’t get rid of it. We did anything possible just to just get revenues so that we could grow and be a real business…So control your destiny. So that was a big lesson, controlling your business.

Nobody who uses Mafia Wars and Farmville should be surprised at this, should they?

Now go get your Zynga chips! 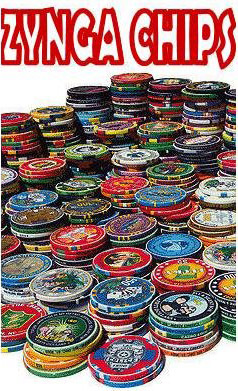