The European Union is up in arms about Germany’s introduction of new “revolving door baby hatches”. Recently, the German Government has created more little crib like beds that a mother can access and deposit her new-born into. After closing the door to the hatch, staff at the hospital is immediately alerted that a baby has been left in the baby hatch. The time it takes for the nurses to arrive at the hatch, approximately 2 to 3 minutes, is just enough for the mother to walk away without being spotted and identified.

Initially, this sounds quite horrifying: the abandonment of a baby in a hatch. The hatches are warm and comfortable, and the baby spends very little time in them. But what shocks people more is that there exists the need for such facilities in hospitals.

The idea of an unwanted baby horrifies the majority of the population in any country. There seems to be a lack of understanding in how the mother must be feeling in such a situation, where she feels the best thing for her new-born is for someone else to care for them. However, this is an age old problem first documented when Moses was sent down the river in a wicker basket.

There is a mob mentality to blame young and teenage mothers, but the reality is it can happen to any overwhelmed new parent who feels they are not the best person to look after the child. Without such safe facilities in place, women result to drastic measure to get rid of unwanted children. Horrifying news stories where babies have been found abandoned in parks and bins occasionally surface. Usually, the public are only made aware as police search for the mother, who then faces criminal charges of child negligence, abandonment and sometimes, infanticide. The world is familiar with stories of unwanted children in China, who are left by the sides of roads or flushed down toilets by parents desperate for boys or to abide by strict child policies.

Thankfully, no such stories have surfaced yet in Germany, so why is there such uproar about this new service provided for desperate mothers? Gone are the days of dropping babies on Church doorsteps as a last resort for desperate women, and with very little help available, who are the people judging and complaining about this service? Obviously, there are concerns for the babies left in these hatches. Adoption rights in the EU dictate that children should have access to their parents’ names from the age of 16, and as these hatches are anonymous, the children may never know their birth parents. Of course, mothers can leave their details with the baby should they want to, but it is not a requirement of the service. Mothers who do leave personal details with the baby can return to the hospital within two months to “reclaim” their child. Provided an assessment of the mother’s mental health is positive, she will be granted rights over the child once again.  Many also worry that fathers’ rights are being ignored, as they have no control over who uses the baby boxes.

Despite the UN protesting the creation of new baby box hatches, there are over 99 in Germany alone. Other countries within the EU, such as Italy, Poland, Hungary and even the Vatican, make use of similar “baby boxes”. The United States does not have any, but a similar practice is conducted from within certain hospitals, where babies are left in cribs by the doors to the hospital.

If the babies are subsequently well looked after or place into adoptive care, is there really an issue? Perhaps the focus should be on helping struggling new mothers to encourage them to care for their new-borns. 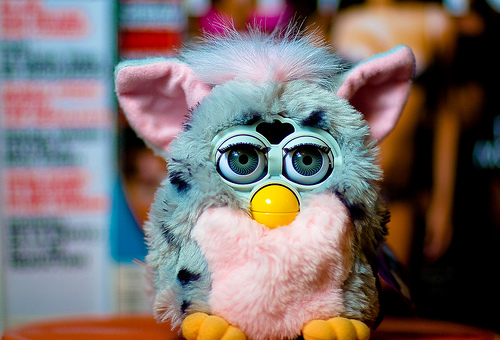