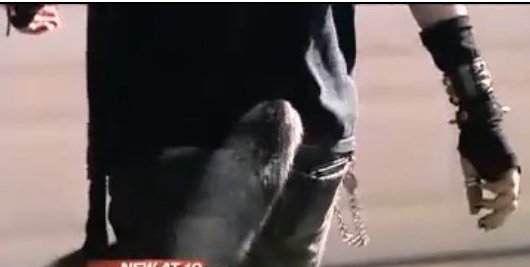 tails of a teen wolf

A group of high school teens have an idea for a new kind of gang – well, they say it’s not a gang. More like a “pack”. A pack of “wolves.” Teen wolves.

So, basically, they’re a group of teens who found goths too hardcore, but furries too softcore, so they decided to compromise. They’ll dress like goths but put fake tails on their butts and buy Twilight

The mother who says she’s proud of her son, yet keeps a respectable distance away from him: 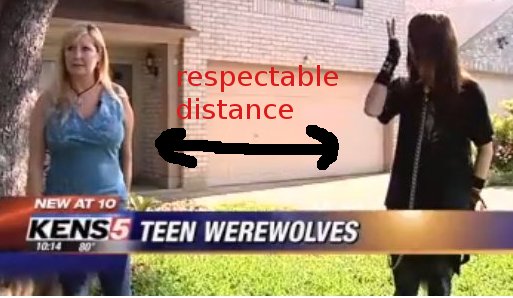 Glad he told us! 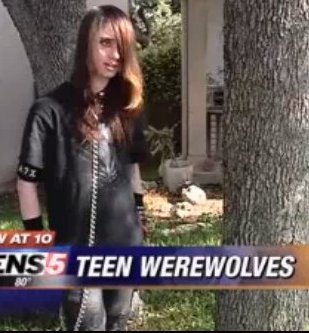 Don’t forget the news anchor who says we all have to be part of a group. Yes, there is no other option.

Warning: Teen Wolves may be harmless to humans but they are dangerous to animals.

You may or may not know the story of Wolfie Blackheart aka Sarah Rodriguez. She’s a crazy 18 year old goth/wolf kid who cut a dog’s head off, boiled it, and kept the skull. Read the article here [WARNING: Disturbing image inside this link]. The lowdown on this girl is:

“I severed the head, boiled the head,” Wolfie said. “People make the mistake of hacking the spine, which will fracture the skull.”
“You also have to put (the head) outside for the brains to leak out.”
“I would never kill a canine,” she said. “I am a canine.”
“Wolfie would never harm an animal,” she said. “She likes road kill.”