In the 1700s the Russian Empire came into being and expanded all over the place. Part of the empire was something called the Holy Synod, established by Peter I, which was a council of ten clergymen of the Russian Orthodox Church. Orthodox Christianity was the official religion, and any dissent in the form of different sectarian movements was considered dangerous to the state.

One particular odd sect was called the Castrati, or Skoptsy. They were an offshoot of the Christ-believers (Khristovshchina), a group that swore off alcohol, sex, marriage and bad language. But their special brand of expertise, if you haven’t guessed by now, was castration.

From The Castrati (Skoptsy) Sect in Russia: History, Teaching, and Religious Practice by Irina Tulpe and Evgeny Torchinov:

“Considering castration to be the main and principal condition of salvation, it was the logical completion of the ascetic program of the Christ-believers”

The Skoptsy showed up on the radar in the town of Oryel in 1772. In 1807, the Holy Synod proclaimed the group as dangerous heretics.

The guy who started the sect was Kondratii Selivanov. He believed he was the reincarnated Christ. Later he started assuming the name of the dead Peter III. (As if being Christ didn’t cause enough trouble). His sect, despite persecution by authorities, became a mass movement involving thousands of people. 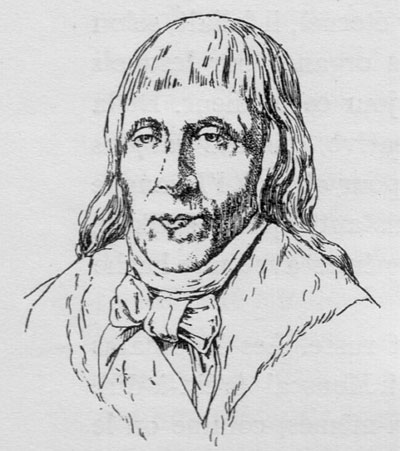 The Skoptsy rejected the Holy Bible’s authority and instead believed in the Holy Spirit only. According to their world view, the main evil in the world is rooted in bodily beauty and sexuality, what they called the lepost. The only way to God was to eliminate the cause of lepost, which led to, you guessed it, castration.

Men in the sect had the choice of either the minor seal (testicle removal) or the royal seal which involved removing the penis. It was done using razors and a red-hot iron (called the “fiery baptism”). Ouch. In women, nipples were cut off along with the labia majora.

They even did it to children. According to Eunuchs in Historical Perspective by Kathryn M. Ringrose (2007):

Boys castrated before puberty developed a distinctive appearance and perhaps a distinctive personality. Because they never completed normal puberty and missed the developmental changes brought about by the adolescent phase of testosterone production, men castrated as children remained beardless with fresh, clear complexions and had patterns of fat deposition characteristic of women. The epiphysial plates, that is the growth plates, in their long bones did not close at puberty, resulting in an individual with unusually long arms and legs and a tall, though frail stature. The bones of the lower face did not mature, resulting in a triangular face with a small chin.

A Skoptsy who was castrated as a child.

Believe it or not, this cult managed to survive into the 1920s.