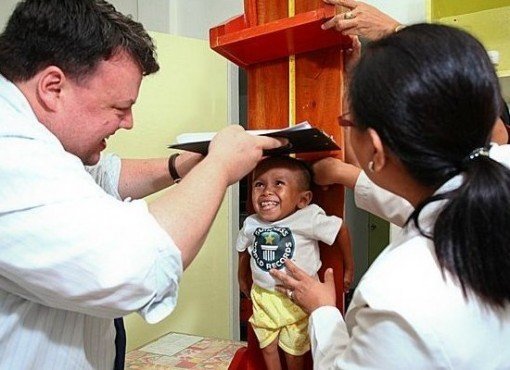 Junrey Balawing, a Filipino, has just recently turned 18 years of age. This means he has now become the world’s shortest man. Junrey Balawing was measured at 24 inches from head to foot (lying down) and 23 inches (standing up). Guinness World Records sent a representative to confirm and announce the official measurements.

Balawing lives in Sindangan, Philippines, and has taken over the crown of world’s shortest man from Khagendra Thapa Magar of Nepal, who is 26.4 inches tall. Balawing weighs only 11 pounds. He has 3 siblings, all normal size. His father says that he is a “lucky charm.”

The award for shortest man in history goes to Gul Mohammed of India, who was 22.5 inches tall. Gul Mohammed died 14 years ago.

Check out the video of the measurement and announcement of the new world’s record here: