Yarrrrh, Matey’s!!!! Aye, it seem we got ourselves PIRATES! An’ accordin’ to that there Live Piracy Map, they be runnin’ ’round the Arabian Sea, an’ tha Indian Ocean!

The Saudi Arabia-owned supertanker called The Sirius Star was hijacked by Somali pirates in a raid several hundred miles out to sea, and is understood to have anchored off the coast of Somalia. It is fully loaded with crude oil.

The owner of the ship, Vela International Marine, said the 25 crew members on board were safe. The company said response teams had been established and were working to ensure the release of the crew and the vessel, which was seized by pirates on Saturday.

Nato and other international warships have increased patrols around northern Somalia to try to deter the heavily armed Somali pirate gangs who have seriously disrupted one of the world busiest shipping lanes. The pirates are holding about a dozen vessels hostage and more than 200 foreign crew. They are believed to have already netted more than £20m in ransoms this year.

Most of the captured ships were attacked in the Gulf of Aden, which connects the Red Sea to the Arabian Sea. But the seizure of the Sirius Star, a new ship more than 300 metres long and weighing three times as much as a typical aircraft carrier, took place in unpatrolled waters, hundreds of miles south of Somalia, at a latitude intersecting with Tanzania. 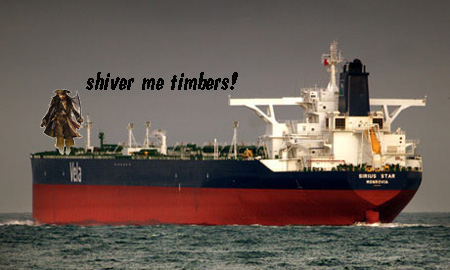 So lucrative is the crime – a typical western-owned ship can fetch more than £1m – that there are now at least five Somali pirate gangs employing more than 1,000 gunmen, according to the East African Seafarers’ Association in Mombasa. Between July and September there were 47 attacks off Somalia’s coast, the longest in Africa, and 26 were successful.

Pirates are expected to a record ransom of more than $10million for the release of the Saudi oil supertanker hijacked off the Kenyan coast, as the spate of hijackings gathered pace with two more ships seized today.

Two more vessels, a Hong Kong cargo ship and a fishing boat, were seized in the Gulf of Aden. The Delight, a Hong Kong-flagged ship, loaded with wheat bound for Iran, was captured off the Yemen coast, the latest raid in the Horn of Africa’s perilous waters. A U.S. Navy spokeswoman said the Hong Kong-registered ship belonged to Iran’s state shipping lines. The other vessel, a fishing boat registered in Kiribati, was carrying a crew of 12, the International Maritime Bureau said. Its owners lost contact with the IMB this morning. 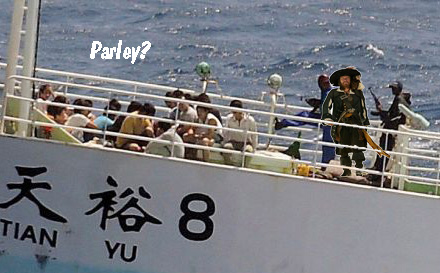 Yea, feast yer eyes on the magic video as to why the world is powerless to stop the Somali pirates!

Turn ye ears to these yellow-bellies:

Commanders from the US Fifth Fleet and from Nato warships in the area said that they would not intervene to retake the vessel.

Operations undertaken by the coalition fleet are fraught with legal difficulties, ranging from restrictive rules of engagement to rights of habeas corpus, as the British Navy discovered when it detained eight pirates after a shootout last week.

The waters are simply too big, there aren’t enough western vessels, the pirates are too numerous…

MeThinks the Somali Pirates do not adhere to the Code! 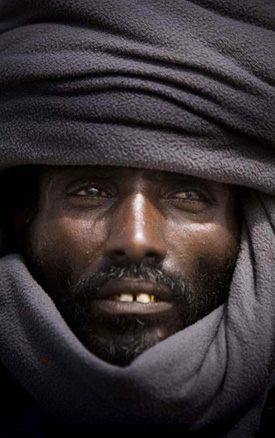 Yee God! He look nothing like Jack Sparrow! Or Ahab! Or Queequeg, for that matter!

No word from the Dutch East India Company about recent events! Tis a strange thing!