The Arizona House of Representatives took up the issue of provocative mudflaps on trucks – that is, mudflaps depicting images that might be deemed offensive. The House voted on limiting mudflap size, but refused to limit what they can say or depict.

On a 31-19 vote the House of Representatives rejected a proposal to make it a crime to have images on mud flaps which are either obscene or hateful. The proposal by Rep. Ed Ableser, D-Tempe, said that the content of the mudflaps should be looked at, since children have been asking their parents to explain certain “images”:

Talk about obscene mudflaps – take Yosemite Sam – he looks a little hateful and violent. We wonder if he would have been out of luck: 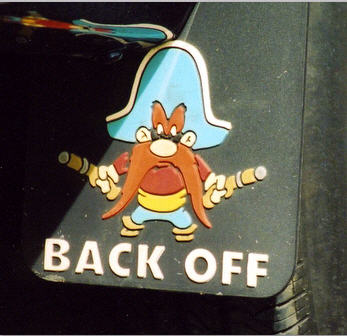 Instead, they seem to have been after this little lady: 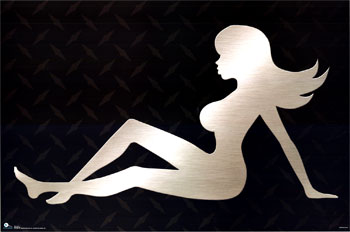 “I personally am tired of explaining to my 11-year-old son why they (women) are depicted on mudflaps, but not all women are 36Ds. He’s very confused by that”

We ran a search for mudflaps, and found out they also exist for motorcycles, this one with a more detailed stripper. We should like to email this photo to Theresa Ulmer to see her reaction. 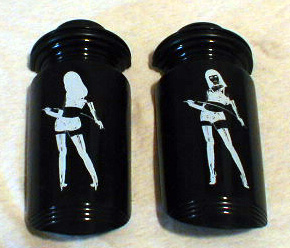