A trojan t shirt tricks attendees at Rock for Germany by first expressing a neo-Nazi message but later expressing an anti-nazi one. And all that was required was a simple ride in the laundry.

On August 6, in the state of Thuringia, Germany, the right-wing extremist party known as the National Democratic Party sponsored a rock concert called, naturally, Rock für Deutschland (“Rock for Germany”). Held in the city of Gera, the festival was in its ninth year and featured several right-wing rock bands along with NPD speakers. About 600 neo-Nazis attended. 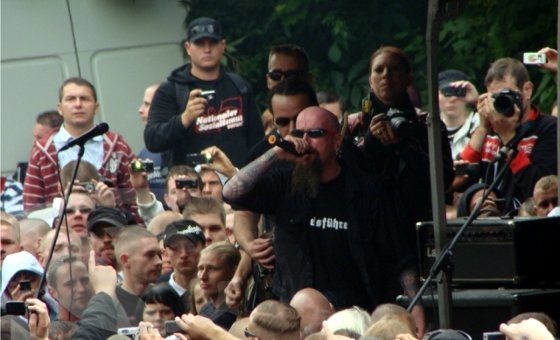 At this year’s festival, a group of people were giving away approximately 250 t-shirts that featured a logo of skull-and-crossbones along with the message “Hardcore Rebels – National and Free.” 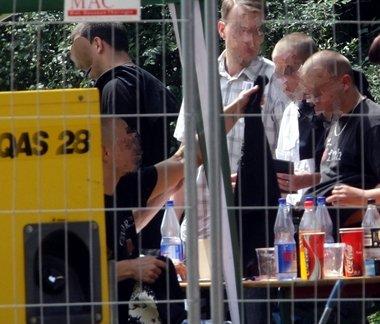 Once the recipients of the gift tees took their shirts home and put them through the wash, the clothing came back with an entirely different message. This time it said “If your T-shirt can do it, so can you. We’ll help to free you from right-wing extremism.” The rest of the “new” message on the trojan t shirt had contact information for a group called Exit Deutschland. Exit’s purpose is to help people escape the neo-Nazi scene. 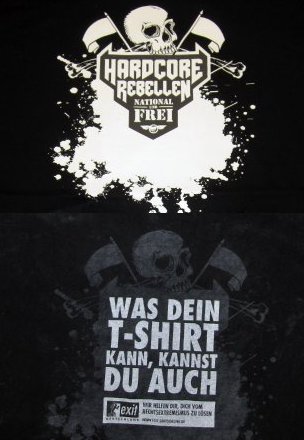 Exit masked their intentions to the event organizers by saying the t shirts were a donation from an anonymous supporter of the NDP. Exit estimates that the group has helped over 400 extremists escape the movement since its founding in 2000.

Sources for this article: Reuters/Yahoo, Spiegel