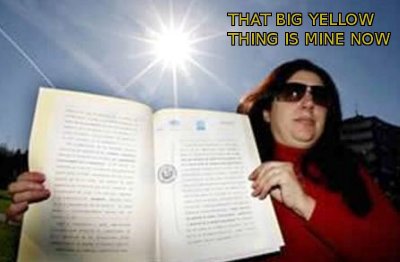 You must pay me to read this document which says I own the sun. Because you used the sun to read it.

Angeles Duran, from Madrid, Spain, has registered the sun as being her property. The notary public document states that she is the owner, and she wants to start charging fees to everybody who uses it.

That’s a lot of cash. Duran states that half of the proceeds she makes will go to the government, 20% to the national pension fund, etc, etc. She keeps “only” 10%, but since everybody in the world uses the sun, that’s a lot of bank.

She claims she got the idea because an American man claimed ownership of the moon once. She is referring to Dennis Hope, who has made millions of dollars selling lunar property to dumbasses. So hey, maybe she’s got something here.

Thanks to Jeff for the link. 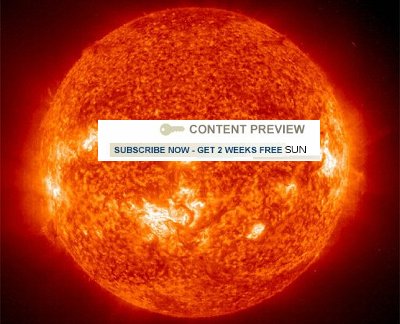