A little history for you this morning. 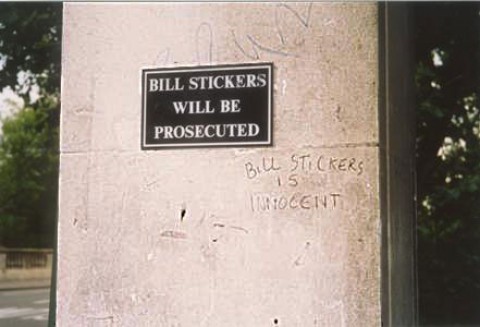 Play on words, based on “Bill Stickers…” notices.

In the UK in the 1960s an attempt was made to reduce fly posting (the illegal pasting up of posters). Notices were put up with the warning: Bill Stickers Will Be Prosecuted. Waggish fly posters responded with Bill Stickers is Innocent notices.

The joke wasn’t new in the 1960s though. In a New York newspaper The Olean Herald, 1884, there’s a piece reprinted from the London Graphic:

A countryman named William Stickers, flying to London to escape from rural justice, was appalled at reading on a wall: “Bill Stickers Beware!” He went a little further, but reading again, “Bill Stickers will be punished with the utmost rigour of the law,” gave himself up for lost and surrendered.

This tale, which is just a joke of course, appeared in various newspapers in the 1880s. 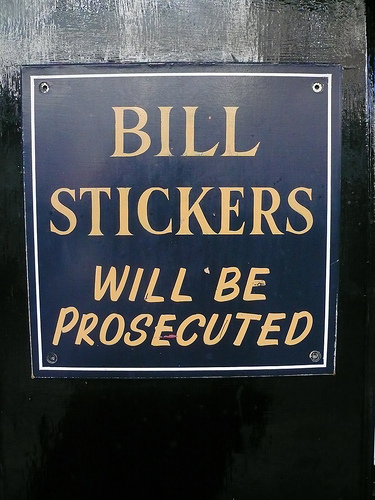 We hope Bill has a good lawyer!