On February 5, 2007, NASA astronaut Lisa Nowak confronted Colleen Shipman, a US Air Force Captain and her rival in a bizarre love triangle involving William Oefelein, her former fling who was now Shipman’s boyfriend. A day earlier, Nowak packed black gloves, a wig, a BB pistol, pepper spray, a trench coat, hammer, garbage bags, a knife, and … possibly … diapers. She then drove 900 miles from Houston to Orlando, where she waited for Colleen Shipman to arrive at the Orlando International Airport. She tried to attack Shipman in her car, but she escaped by driving off. Nowak was arrested.

With that, Lisa Nowak, Colleen Shipman, and to a lesser degree, Bill Oefelein, became household names.

At the beginning, Odd Culture correspondent J. Napsterista tracked down a little seen photograph of Colleen Shipman, seen below. 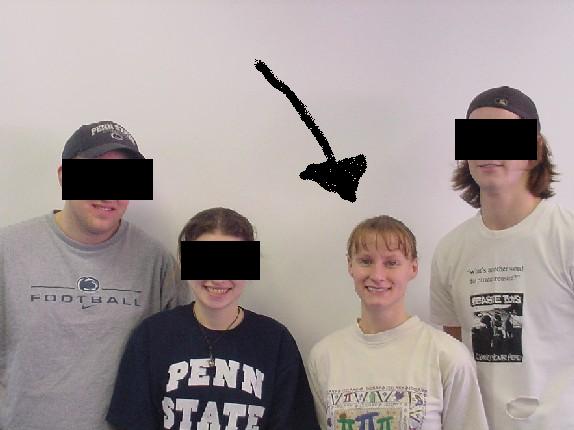 Ms. Shipman’s college webpage (noting her service in the Air Force) is still up. A sample:

What a pain in the butt this major is! Tell you what…if I knew when I was a freshman what I know now, I’d have taken up Electrical Engineering. Who’d have guessed that when I graduate in May of this year, I will have learned enough chemistry to be dangerous. They should have called this major “Fluid-flow and Heat Transfer Engineering.” Honestly.

Well, thank heaven that I came through Penn State when Biotechnology is taking off, and a new option in the Chemical Engineering department opened up. Yep, I jetted into the new BioProcess Engineering Option faster than you could say “tray spacing.” The opportunities in the Biotechnology field abound and (thank all things holy) have little to do with distillation towers and smelly old refineries. I had the pleasure of working in the BioTechnology Pilot Plant at Penn State for an entire semester, growing E. coli and purifying protiens. Many companies are doing the same today…searching for the most efficient process for producing and purifying proteins that can do things from making beer glow, to signaling the brain to stop storing fat.

So, what does a BioProcess Engineer do? Just look at all the options!

It’s called a “dual-degree” program. That’s fancy for “it’ll take you 7 years to graduate, fool.” The program’s available to any student in engineering wishing to add a language (and 3 years) to their studies. Still, joining this program was the best idea I ever had. Not only did I get to do a study abroad in sunny Kiel, Germany, but now I’ve got this language skill that I never dreamed I’d master. I’ll get extra “language-pay” in the Air Force and can market myself as bilingual to the 3 biggest chemical engineering companies in the world. (They are based in Germany!) 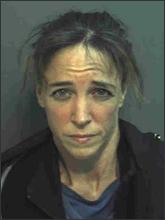 In December 2007, NASA released emails that were sent between Nowak and Oefelein, and also Shipman and Oefelein, in response to a public records request. The messages covered a period from mid-2004 and January 2007, a month before Nowak’s arrest on charges she tried to abduct Shipman. (source: UK Telegraph) 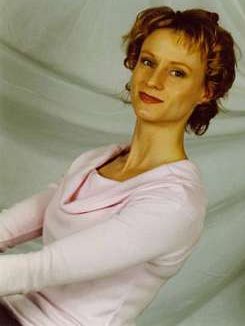 A message from early 2007 to Shipman from Oefelein reads “Hey cutie” and signs off “Love you.” In writing about an upcoming trip, he says: “They want your size for the arctic gear…I think I can figure that out – sized sexy and athletic.” He adds a note about plans to get a hotel saying that “Due to noise requirements” he didn’t want to stay with his parents during a trip, as he usually does, because “we need some ‘privacy’!!!!” 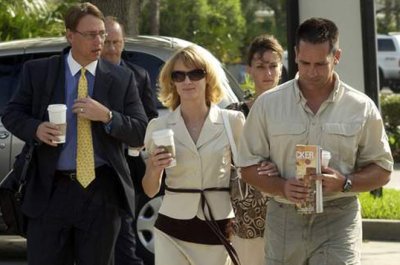 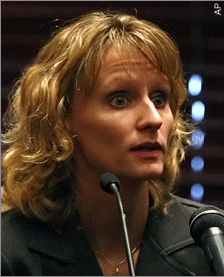 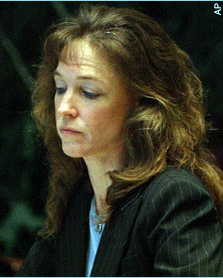 Texas Monthly weighed in on the Lisa Nowak / Colleen Shipman / Bizarre Love Triangle with probably the best magazine cover ever addressing the subject. The title on the front cover of the May 2007 issue says “Astronaut Sex” and features two people dressed in spacesuits on a bed. Not exactly subtle.

Huffington Post reported that the Texas Monthly May 2007 issue was the worst seller in the magazine’s history. Who knew?

In November, 2009, Lisa Nowak pleaded guilty to burglary and a misdemeanor battery charge, and then she apologized to Colleen Shipman for the attack. She was sentenced to one-year of probation. She was ordered not to have contact of any kind with Colleen Shipman or Bill Oefelein. She served 50 hours of community service and took an 8-hour anger management class.

“I believe 100 percent that Lisa Nowak came here to murder me. Lisa Nowak hunted me down and attacked me in a dark parking lot. I knew in my heart that when Lisa Nowak attacked me, that she was going to kill me. It was in her eyes, a blood-chilling expression of limitless rage and glee.”

Where Are They Now?

Lisa Nowak was fired from NASA in March 2007, shortly after the incident. She retired from the Navy last year, but her discharge was deemed “other than honorable” which may affect her veterans’ benefits.

In 2010, Oefelein and Shipman were married. The couple lives in Alaska, where Oefelein is from. They also run a web site called adventurewrite.com. According to the web site bio for Colleen Shipman, she

“seems to fall down a lot, but is otherwise pretty good in a crisis. She’s got an uncanny knack for attracting the nearest predicament, and not so gracefully escaping it. ?Fortunately for us, it makes for some pretty humorous reading. She’s deathly afraid of zombies and is, of course, a die-hard Steelers fan.” 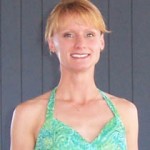 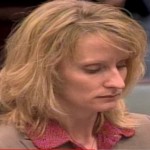 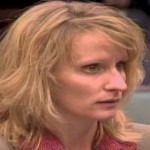 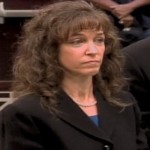 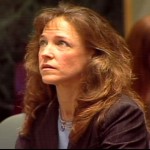 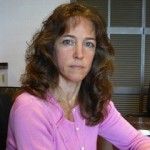