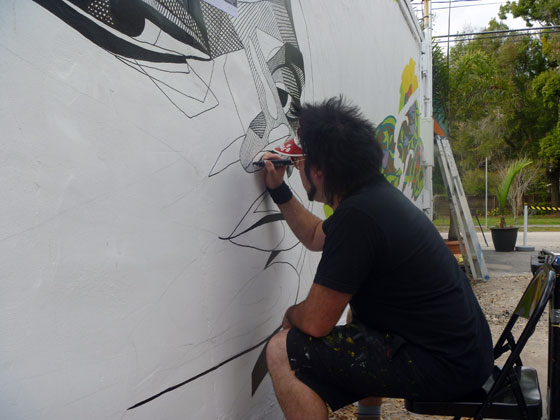 Since most of us at Odd Culture live in Orlando, we thought we would share this story of local Orlando artist Andrew Spear and his brush with the Real World Las Vegas.

If you watched the premiere of the Real World Last Vegas on MTV, you probably noticed a wall mural in the pool table room. That was created by Spear, who also worked on the black&white stripes in the master bedroom and the motifs featured in the green bedroom. 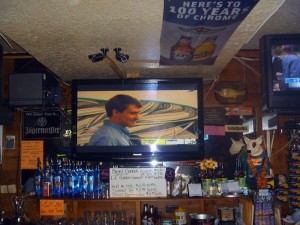 The Hideaway Bar had a viewing party for the premier of the show (Virginia Dr, near Lake Ivanhoe).

From the Orlando Sentinel:

Andrew Spear has created a huge mural on an outside wall that brings his familiar themes (women, big hair) together with aqua and coral colors that salute the Miami Dolphins. “I’ve been harassing them,” Spear says. “I said I could do it. They said do it. It changes the dynamic of the place.”

The art director who worked on the Real World Las Vegas flew Spear in during the final days before the cast was to arrive at the penthouse apartment. He spent a month working there.

The show wanted a “space disco” design for one bedroom, and he come up with something he described as “2001-esque, black-and-white simple.” The other bedroom was a rush job: “I had maybe five hours to come up with the idea. It’s a floral pattern that matches the colors of the room.” 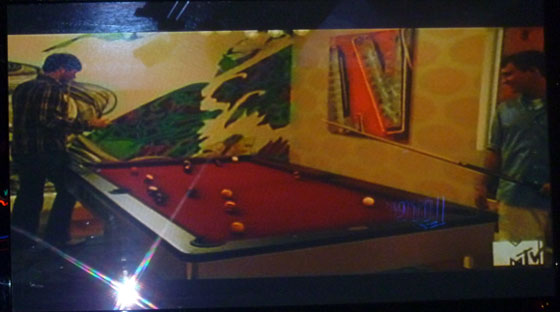 “They don’t get out of Central Florida. They just stay here. I believe you need to push yourself. Your art can give you other opportunities. I don’t have a problem living in Orlando, but I don’t want to keep doing the same art show.”

As for the reality TV show itself (now in its 25th season): meh. But we haven’t watched since Puck. Nice art, though. 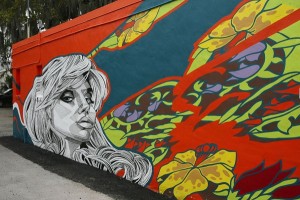 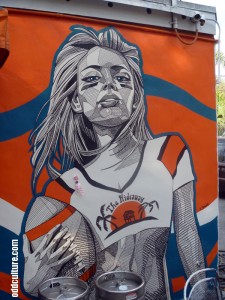 Mural #2 at the Hideaway Bar (in the back)