It started out like any other Tuesday at the office. But for the workers in the World Trade Center’s Twin Towers, the residents of Manhattan, and the people of the United States and the rest of the globe, a horrible event would transpire that morning that would not only kill 3,000 people but would set in motion events that would shape the foreign policies of many countries, bring down governments, and cement the “00s” place in history as the decade of the War on Terrorism. 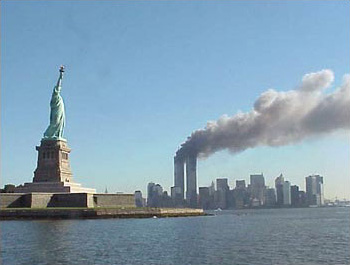 The September 11, 2001 attacks (often referred to as 9/11) consisted of a series of coordinated terrorist suicide attacks by Islamic extremists on the United States of America. Nineteen terrorists affiliated with al-Qaeda hijacked four commercial passenger jet airliners. The hijackers intentionally crashed two of the airliners (United Airlines Flight 175 and American Airlines Flight 11) into the World Trade Center in New York City, one plane into each tower (1 WTC and 2 WTC), resulting in the collapse of both buildings soon afterward and irreparable damage to nearby buildings. The hijackers crashed a third airliner (American Airlines Flight 77) into the Pentagon in Arlington County, Virginia, near Washington, D.C. Passengers and members of the flight crew on the fourth aircraft (United Airlines Flight 93) attempted to retake control of their plane from the hijackers; that plane crashed into a field near the town of Shanksville in rural Somerset County, Pennsylvania. In addition to the 19 hijackers, 2,973 people died; another 24 are missing and presumed dead. The victims were predominantly civilians.

The terrorists reportedly took control of the aircraft by using knives and box-cutter knives to kill flight attendants and at least one pilot or passenger. 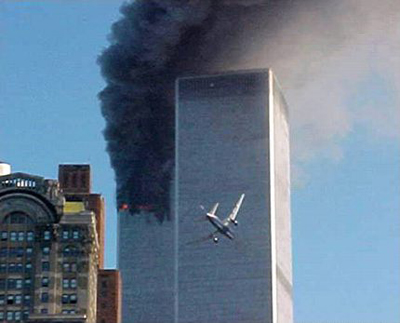 The twin towers collapsed soon after due to structural failure.

Collectively, nineteen attackers boarded the four planes. Fifteen of the attackers were from Saudi Arabia, two from the United Arab Emirates, one from Egypt, and one from Lebanon.

Within 72 hours of the attacks, the Federal Bureau of Investigation was able to identify the 19 deceased hijackers. Mohamed Atta’s luggage, which did not make the connection from his Portland flight onto American Airlines Flight 11, contained important clues about the hijackers and their plans.

On the day of the attacks, U.S. intelligence agencies also intercepted communications that pointed to Osama bin Laden. The United States government determined that al-Qaeda, headed by Osama bin Laden, bore responsibility for the attacks, with the FBI stating that evidence linking Al-Qaeda and Bin Laden to the attacks of September 11 is clear and irrefutable. The Government of the United Kingdom reached the same conclusion.

Statements of motives prior to September 11, 2001

Since 1996 Osama bin Laden has stated in public proclamations (fatwas) and in interviews with journalists his common list of grievances which he cites as the reason for his declaration of war against the U.S.

According to official U.S. government sources, the September 11 attacks were consistent with the mission statement of al-Qaeda. The overarching motivation for the present al-Qaeda campaign was set out in a 1998 fatwa issued by Osama bin Laden and others.

The fatwa lists three “crimes and sins” committed by the Americans:

The attacks were denounced by mainstream media and governments worldwide, with the headline of France’s Le Monde newspaper summing up the international mood of sympathy: “We Are All Americans” .

Gratitude toward uniformed public-safety workers (“first responders”), and especially toward firefighters, was widely expressed in light of both the drama of the risks taken on the scene and the high death toll among the workers. Many police officers and rescue workers elsewhere in the country took leaves of absence to travel to New York City to assist in the grim process of recovering bodies from the twisted remnants of the Twin Towers. Blood donations also saw a surge in the weeks after 9/11.

Approximately one month after the attacks, the United States led a broad coalition of international forces in the removal of the Taliban regime for harboring the al-Qaeda organization. Pakistan provided the U.S. a number of military airports and bases for its attack on the Taliban regime and arrested over 600 supposed al-Qaeda members, whom it handed over to the U.S. Numerous countries, including the UK, India, Australia, France, Germany, Indonesia, China, Canada, Russia, Pakistan, Jordan, Mauritius, Uganda and Zimbabwe introduced “anti-terrorism” legislation.

Following the attacks, George W. Bush’s job approval rating soared to 86%. On September 20, 2001, the president spoke before the nation and a joint session of the United States Congress, regarding the events of that day, the intervening nine days of rescue and recovery efforts, and his intent in response to those events. In this speech he gave the remembered phrase Either you are with us, or you are with the terrorists.

In the immediate aftermath of the attacks, the Bush administration declared a war on terrorism, with the stated goals of bringing Osama bin Laden and al-Qaeda to justice and preventing the emergence of other terrorist networks 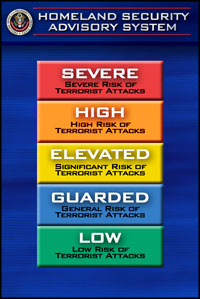 One cannot discuss the events of the beginning of the 21st century without discussing 9/11 and the issue of terrorism. The events of 9-11 have left an indelible mark upon the United States and the world.

Osama bin Laden was located in Abbottabad, Pakistan and killed by a United States special forces military unit on May 2, 2011. The operation, ordered by President Barack Obama, was given the name Neptune Spear. His body was buried at sea 24 hours later. (source)