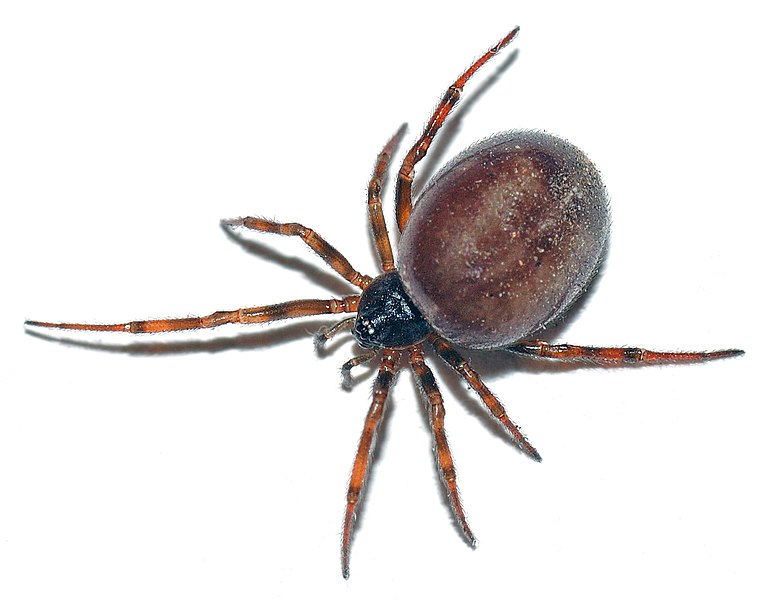 One of few venomous spider in the UK, the False Widow spider, is creating chaos around the country. The first noticeable outbreak of the spider was in close vicinity to a school, which has since been shut due to the danger. Located in the Forest of Dean, the Dean Academy is closed until further notice for fear of staff and pupil safety.

In order to ensure the safety and health of both students and teachers, the pest control experts recommended the school leaders to close the school until there is no more risk. Following this advise, the vice principal of the Dean Academy sent letters to parents explaining the situation and announcing temporary closure. Despite the spiders apparent disregard for other inhabitants of its lair, the entire area has been fumigated, causing much distress and hysteria among the locals.

It is believed that one of the false widow species, called the Steatoda nobilis, stowed away from the Canary Islands with banana imports and are believed to have resided in England since the 1870’s. Usually, false widow outbreak in the U.K is reported in the south coast of England, in Hampshire and Dorset. The Natural History Museum, however, reports that these spiders are currently spreading to Surrey and Essex.

According to some isolated reports, these spiders can cause significant injury. There have been cases of victims requiring emergency surgery after biting. However, there are still no reports of anyone being killed by the false widow biting and their venom is not fatal, so many experts believe this mass hysteria is uncalled for. In most cases, the pain is limited to the bitten location that swells and perhaps a small and short-lived fever. Occasionally, false widow biting may cause other symptoms like finger tingling and chest pains, while the severity depends on the venom amount that has been injected. Experts do not believe there is too much cause for alarm, thinking that peoples general fer of spiders may be exacerbating the problem. There has even been a brave few people contacting the media with claims they have lived with the spiders for years, and they are completely harmless!

Pest experts say that these species do not present more risk to people than wasps and bees, which cause the death of up to twelve people annually in the country. According to the Natural History Museum, these spiders are usually not aggressive and cannot move quickly, so they bite only when they are pinched or squeezed. In fact, it is unknown how long they have actually been present in the school for.

The Steatoda nobilis or the false widow is the size of a small coin, so it is easily mistaken for a common household spider. It is the most dangerous of all 12 biting spider species, known so far to live in the UK. The spider can be recognized by the special pattern located on its abdomen. Its legs are of reddish-orange color, the body is bulbous with a distinctive cream marking. Its webs are tangled and located high off the ground, while it hangs upside down. It prefers to live in dark and warm places and mainly consumes other spiders, invertebrates and insects, with little interest in school children. Naturally, the Forest of Dean provided the perfect living conditions for the spider.

Many people believe that the false widow outbreak in the U.K is caused by climate changes, as these species proliferate when the weather gets warmer. This is probably the first case in the UK of a school being closed because of the spiders’ infestation, so it draws a big attention to this spider and leads to greater public awareness.