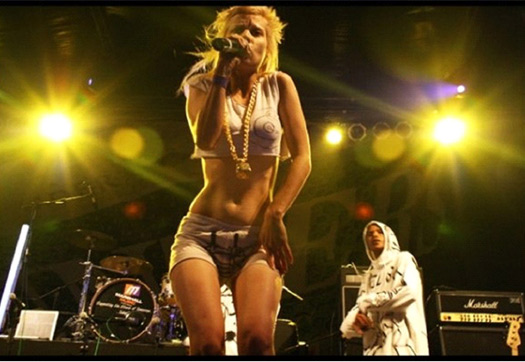 Interview with Ninja and Yo-Landi from the South African group Die Antwoord:

Ninja is also known as Watkin Tudor Jones (aka Waddy Jones), a South African artist heavily involved in the local South African hip-hop scene. He likes to adopt different stage personas – his current one is called Ninja, but before Die Antwoord, he was part of The Original Evergreens, Max Normal.tv and The Constructus Corporation.

Waddy called himself Max Normal, and was the frontman for “MaxNormal.tv”, who is said to have performed live with the group in 3 piece suits.

After disbanding MaxNormal.tv for creative reasons, Waddy relocated to Cape Town and started a multi-media project which eventually became Constructus Corporation. Yolandi Visser went with him. The project culminated in the release of the concept album / graphic novel called The Ziggurat, an 88 page hard-covered book containing a hand-written hiphop fantasy story which follows the adventures of two kids on a giant futuristic floating world / shopping mall called The Ziggurat. It came with a soundtrack disc and digital illustrations. 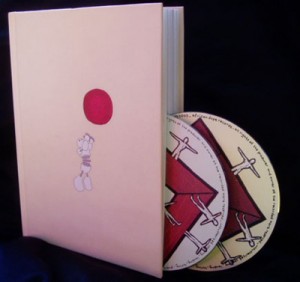 Jones’/Ninja’s current group Die Antwoord (with Yo-landi Visser and DJ Hi-Tek) self-identifies as different cultures mixed together. Much of their lyrics is in Afrikaans (a Germanic language that has origins in Dutch). You’ve seen plenty of it by now, we’re sure. 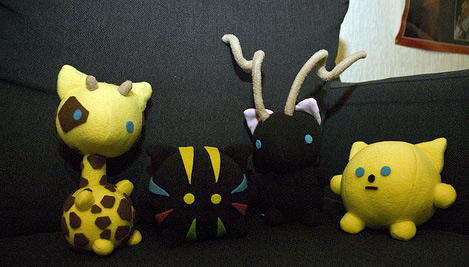 Be sure to check out the crazy Gommie posters too!

Watch Die Antwoord do impromptu rapping in a Taxi Cab, courtesy of TaxiJam. Yo-Landi shows her ass, too. Wow.