Another year gone. With plenty of oddities to go around. Here’s our list of the

Did a class 2 wormhole open up over Norway? They say it’s a Russian missile test gone awry. But we know better. 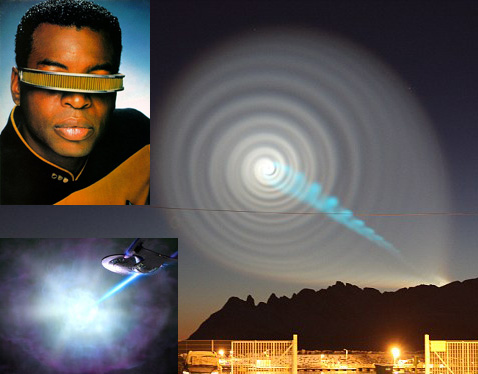 LaForge confirms it was an anti-time eruption.

9. Glenn Beck and the Tea Baggers

On February 19, 2009, CNBC market commentator Rick Santelli criticized the government plan to refinance mortgages as “promoting bad behavior” by “subsidizing losers’ mortgages”, and raised the possibility of a “Chicago Tea Party”. That got the ball rolling. The label “teabagging” has been applied to Tea Party protests in general, and to the specific protest gesture of mailing a tea bag to the White House. The label has prompted the expected jokes… 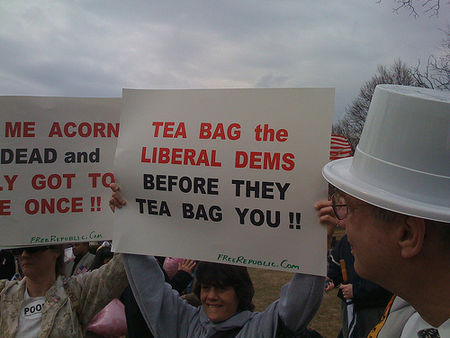 On the April 16 edition of The Daily Show, Jon Stewart observed, “So, in our new world order, Fox are the hippies and CNN is The Man. What does that make MSNBC?” He then played a montage of clips of MSNBC anchors using the “teabagging” terminology and concluded, “Hours of scrotum-based humor. Oh my God! MSNBC is us! They’re The Daily Show! Well what the f*ck am I supposed to do?”

8. A baguette messes up the hadron collider. 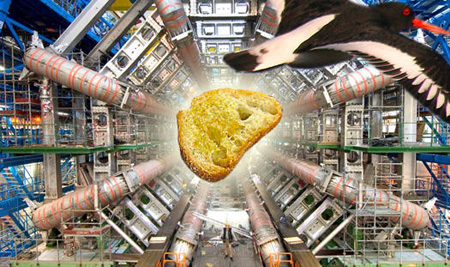 That’s right – billions of dollars of sophisticated machinery, designed for particle research, is broke because some bird drops a piece of bread in it. Maybe in the future, instead of saying “throw a monkey wrench in the machinery” we’ll say “throw a baguette in the hadron collider.” Ok, maybe not.

Kanye West disses Taylor Swift on MTV’s Video Music Awards show because he loves Beyonce, or something. Another internet meme is created, ever briefly. And now you have another reason to hate Kanye West besides the fact that his music sucks.

Later, Beyonce was kind enough later during an acceptance speech to let Taylor come out and finish hers.

Birds take down an A320 jet. The captain lands it in the Hudson. Everybody survives!

5. The Nigerian Underwear Bomber is foiled

Stupid terrorist guy puts explosives in his underwear and tries to blow up the plane on Christmas. The attempt fails, as the bomb fails to detonate, and guy gets jumped by passengers.

Up next: nude flying and full body cavity searches.

4. The Mistresses of Tiger Woods

More funny than odd – the Tiger Woods saga is the gift that keeps on giving. It all started when Woods crashed his SUV into a fire hydrant outside his home in Windermere. Then rumors cropped up at his wife attacked him because he supposedly was cheating on her. Then the girls started coming out of the wood work. To date, there are 11 possible mistresses, all looking very similar. What’s odd about it, we suppose, is that Tiger never strayed from the big-boobed, (mostly) blonde, white woman look, even though he was already married to her! If you are gonna cheat on your spouse, wouldn’t you at least want to inject some variety? 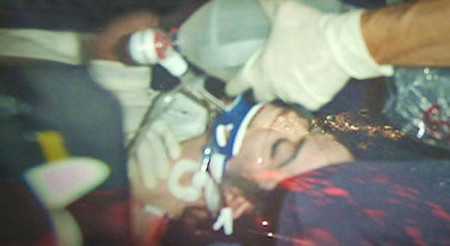 The whole world was shocked at the death of the King of Pop. But we weren’t. We mean.. have you been paying attention to MJ these past few years? The numerous facial reconstructive surgeries and pain-pill-popping were bound to take their toll on a performer who was an ultimate perfectionist. 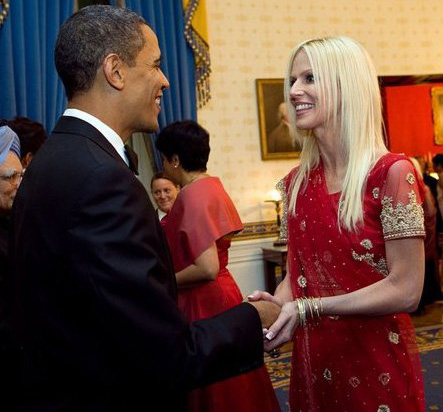 Polo playing reality-show star power couple Tareq and Michaele Salahi crashed a White House dinner.. .apparently they didn’t have invitations but got in anyway. The result was a media circus. 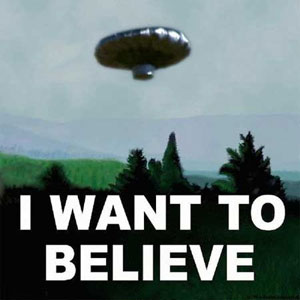 Ah yes, who can forget Balloon Boy? The kid who held captive our imaginations for a few hours as the whole world wondered whether he was inside the balloon that was going to, sooner or later, crash to Earth. Except it didn’t crash, it made a soft landing. And the kid wasn’t in it, he was hiding in the garage. Anticlimaxes aside, the back-story got really, really weird. Turns out “daddy” was some crazy scientist guy who had his family on Wife Swap twice. And then we find out that the whole thing was staged.

Update: the parents are sentenced.