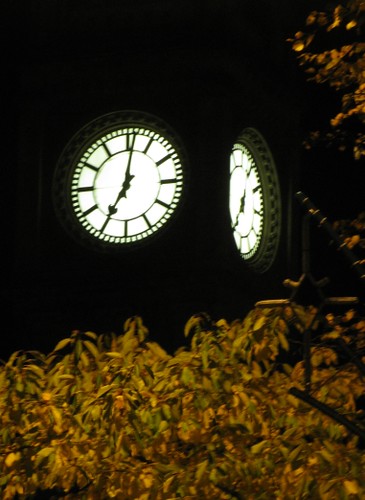 Many regions around the world complain about a strange din that keeps people awake at night, starting at about 10 pm each evening and continuing for hours.  The noise at times increases in volume causing problems to local people and often goes on during the entire night. Some of the affected people report that they hear it every night unless it is raining or windy. Others describe it as a pulsating through the house similar to a dishwasher or washing machine sound, experienced regularly at night. There are laws against such noises after 10pm, but that doesn’t seem to change things in certain places, because these laws only apply to people.

This strange noise, known also as the Hum, has been heard in Australia, England, United States and other countries. Residents of Southampton and Leeds (England), Bondi (Australia), Terrace (British Columbia), Seattle (Washington) report to be affected by a droning noise. Some regions experience this intermittent humming for years and even decades, while it is a new strange experience for other regions that have to encounter it for the first time. The noise has troubled sleepers for decades but its origins have always been a mystery. Authorities blamed literally everything from tremors deep in the earth to a divine sign for the end of the world. But today researchers have been far more shocked to discover the true and source of this mysterious sound.

According to the latest reports, the sound comes from the male Midshipman fish emitting the throbbing drone during mating periods. Although this new theory received media popularity and was accepted by many people, the evidences that can prove this hypothesis are still scanty. There are no clear evidence so far and the reports are based on a comment made by a Scottish scientist who states only that Midshipman fish can cause a throbbing sound, and happens to frequent rivers in the areas affected by the noise. It is already proved that sonic fish live in the north Atlantic, so it may approach English Channel.

This theory is confirmed by scientists from Washington’s University who worked on Marine Biology program last year. According to them, the humming problem of Seattle is caused by the Midshipmen fish. Researchers suppose that the calls that come out of the fish can reverberate off of buildings and boats which emphasizes the volume.  They try to prove this hypothesis searching for a possible link between the noise and the fish.  They believe that this droning is produced by male midshipman fish to attract females. On its own the trajectory of noise is no more than any other fish, but the bass notes reverberating off underwater objects makes the sound reach alarming proportions

Monitoring equipment is prepared and set up by New Forest council to find the source of the mystery hum.  They work jointly with the Environment Agency to investigate the source of the hamming. People that live in the affected areas go to the doctor complaining that they might have tinnitus and asking for sleeping tablets. New Forest council itself got over 30 complaints concerning the irritating hum. Most people who report to be affected by this noise live near the estuary.  The sound has driven people crazy, many have adopted odd habits. Some residents in those regions moved out of the area because of a lack of sleep and frustration caused by the noise. Others walk with ear plugs to block the sound. This unbearable situation forced the Environment Agency and New Forest District Council to start a joint investigation in October and indentify the cause.

While there are still no clear evident or results proving the hypothesis about the Midshipman fish mating call, hopefully researchers will find a clear answer to this mystery in the near future before the towns have gone completely crazy (though perhaps they already are, blaming mass insomnia on a mating fish?!)