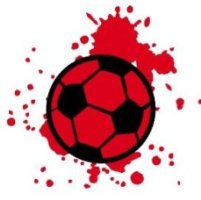 This story is actually less about soccer and more about religion. That’s because South African man David Makoeya, a 61 year old fella living in the village of Makweya, just wanted to watch the Germany-Australia game on television. But his wife and two kids wanted to watch some crappy gospel show.

However, apparently, in real life it’s not funny at all. It could even be quite deadly, as evidenced by the fact that poor David was dead by the time police arrived. We recommend that, in addition to whatever punishment is meted out to these three, it also includes mandatory viewing of religious/gospel shows, since it’s obvious they haven’t been watching enough of them.

On the other hand, if you are less concerned with rehabilitation and more concerned with punishment/revenge, they should be forced to watch every single world cup game from now until the end nonstop. With the vuvuzelas turned up to 11.