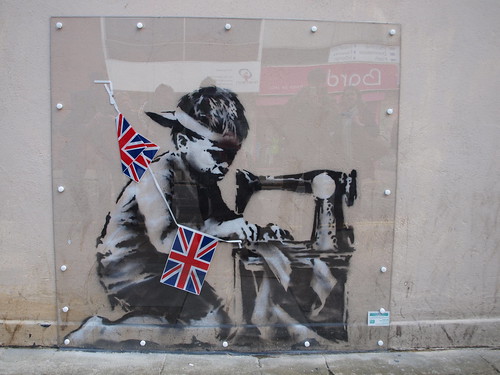 More and more people these days complain about the conditions of their work, being subjected to risks of mental or physical illness and even death. The recent studies revealed that some of the worldwide popular big corporations exploit their staff treating them like slaves.

Let see whether the slavery is completely gone or still exists in the modern times.

Reports say that workers in Amazon are in danger of developing mental illnesses. According to a stress expert that leaded an investigation in a UK-based warehouse of Amazon, the working conditions may possibly cause both mental and physical illness. During their night shifts, the workers are expected to collect an order per 33 seconds. The company itself employs more than 15,000 people as extra staff to meet all orders for Christmas.

Although Amazon claims that the safety of its workers is their priority, undercover reporter, who got a job in Swansea warehouse of Amazon reports that a few seconds were allotted him to find a product and to count it down. A scanner beeps each time he makes a mistake, so workers feel like robots or machines. A report of worker’s performance is sent to managers by the scanner, and in the case of low performance, a disciplinary action can be applied. Workers do not think for themselves as human beings, they are controlled by the scanners, and supervisors treat staff as though they are machines. On the other hand, Amazon claims that it works together with their staff to make tomorrow better.

Experts reveal that 12 migrant workers die weekly at construction of Qatar World Cup, threatening the lives of at least 4,000 labourers. All infrastructure, stadiums and hotels are to be completed by 2022 when Qatar will have World Cup kickoff.

The workers are mainly from India, Sri Lanka and Nepal coming to the Emirate Gulf hoping to find work and better life. However, the reality is different and the number of builders’ deaths over the past two years has greatly increased, raising the annual death toll to 600 per year. The reason for these deaths is mainly the dangerous and harsh conditions at their living quarters and at work. Workers have to work under 50C of heat, while their employers retain their salaries for several months. They are denied to access even drinking water for free and their passports are kept to prevent them from leaving the country. That is why it is not surprising that many workers die from workplace accidents and heart failure.

Laborers who work in Hong Kong’s factories for Apple touchscreens production complain that they were forced to work in terrible conditions and reveal their horrific injuries. There are cases of people from the staff that kill themselves. The working day here is excessively long and a lot of work-related injuries occur at the factory for touch screens production. In addition, workers are not fairly compensated, which results in committing five suicides in the plant for the past 2 years. The Hong Kong’s factory is called Biel Crystal and has more than 60,000 workers in at minimum 15 production lines.

In the recent factory collapse in Bangladesh many Primark’s workers died. About 350 people were killed after the factory complex collapsed in the Dhaka’s outskirts.

The company offers compensation and emergency food aid to affected people and their families. Being a popular clothing store chain in Bangladesh, Primark claims that it offers long-term and immediate help for all the victims. The children who lost their parents in this disaster will also be compensated.

Since Primark occupied only one of the collapsed building’s floors, this step urged other retailers to also offer support to their affected workers. Other top names who had factories destroyed by this collapse include Wal-Mart and House of Benneton, although neither have tried to help victims families or offered any support or compensation.