An accident at the KESMARC equine therapy center (aka the Kentucky Equine Sports Medicine & Rehabilitation Center) resulted in an explosion that killed a woman and a horse. The facility in question, located in Marion County, Florida, is described as a “equine rehabilitation facility, dedicated to the recovery and conditioning of equine athletes.” In other words, the KESMARC Florida facility treats horses with injuries; equine therapy is performed using underwater treadmills, saltwater spas, an indoor swimming pool, indoor tracks, and a hyperbaric oxygen chamber. It is this very chamber that exploded, which killed 28 year old Erica Marshall and the horse that was inside the chamber.

Reports coming out say that the horse in question kicked off part of the hyperbaric chamber’s protective coating with its steel boot, which caused a spark which led to the explosion. Another woman – Sorcha Moneley, was taken to the hospital with injuries. The explosion caused a partial collapse of the facility. Hazmat crews were also called in. 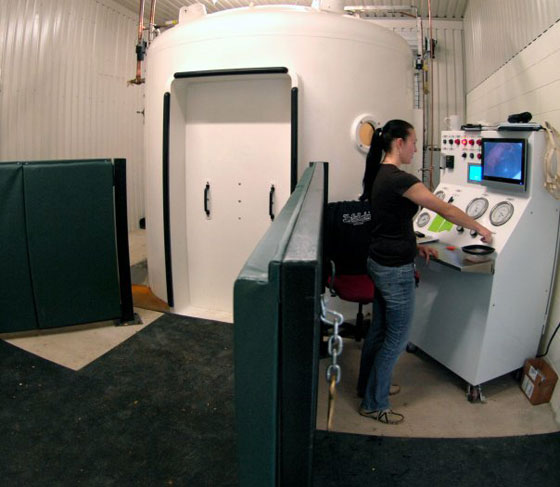 The hyperbaric oxygen chamber at KESMARC Florida that exploded.

KESMARC maintains that the use of hyperbaric oxygen chambers for equine therapy is the kind of revolutionary breakthrough that only comes around every 2 or 3 decades.

There were about 30 horses at the KESMARC facility during the time of the explosion, but no other horse was harmed. The structure containing the chamber was deemed unsafe for occupancy as a result of the damage. More photos of the equine therapy facility are below: 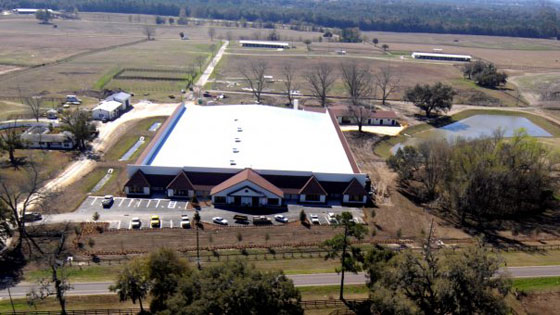 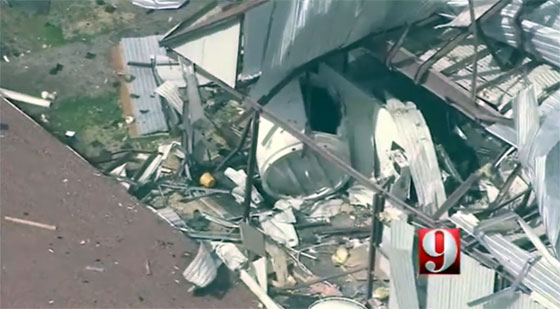