There’s a KFC in Cali that no longer sells chicken. However the product they do sell should make you get the munchies. Then you’ll probably want to consume lots of chicken. 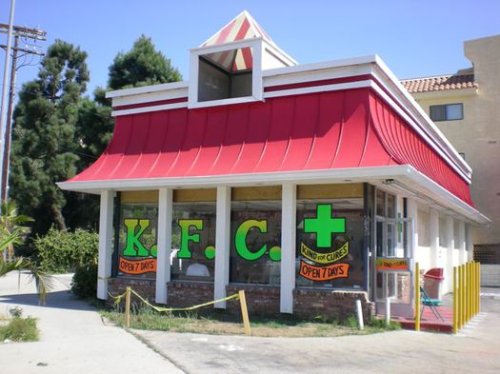 It’s KFC Pot in Los Angeles. The “new” KFC actually stands for Kind for Cures, and their new business is in the field of medical marijuana. KFC is a medical marijuana dispensary located at Exposition Blvd and Hughes Ave in Palms.

As the LA Times blog suggests, the clientele should remain the same.

Thanks to G.B. for the link!

KFC had issues with the cops last year, as you might expect. However, whatever legal issues they had seem to have been resolved, and they reopened in August 2010. 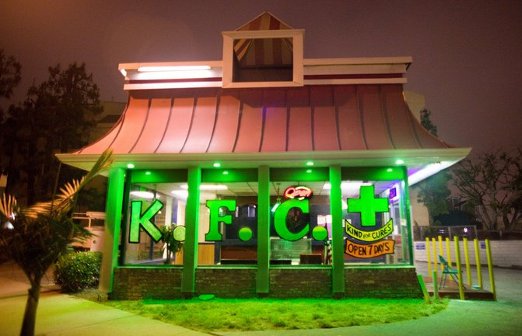