Lee Hadwin has a talent for sleep drawing. It’s like sleepwalking, but instead he draws stuff in his sleep. Apparently doing it since 4 years old, Lee Hawdin never learned to draw properly during his waking hours. But a good nights sleep and all of a sudden the entire kitchen is covered with art. When asked about his sleep drawing abilities, Hadwin says that he doesn’t remember doing any of it. 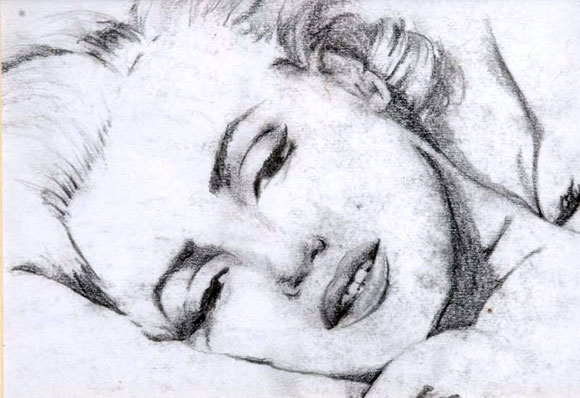 A drawing of Marilyn Monroe, something Lee Hadwin drew in his sleep.

Here’s a May 2011 video of Lee Hadwin drawing in his sleep:

Here’s an interview with Lee Hawdin on BBC News:

The 38 year old nurse from North Wales was scheduled to be investigated by the Edinburgh Sleep Center, which studies sleep disorders. However, the center said that tests were “inconclusive,” whatever that means. But with these “inconclusive” tests, it’s hard to say whether Hadwin really is sleep-drawing or the whole thing is just a clever publicity stunt made up to sell his paintings (if true, it’s working – even Donald Trump bought one!) Of course, some people don’t believe it, like art critic Matt Collings who said

“Art is not something you produce as if by magic. It is made from layer upon layer of experience. It isn’t just made when you are asleep. Real art comes from doing it and doing it over and again, developing and laboring over something until you create a piece of art.”

You can check out Lee Hadwin’s Facebook page and decide for yourself. Recently, he has decided to put his entire collection of work on eBay and give half the proceeds to charity. 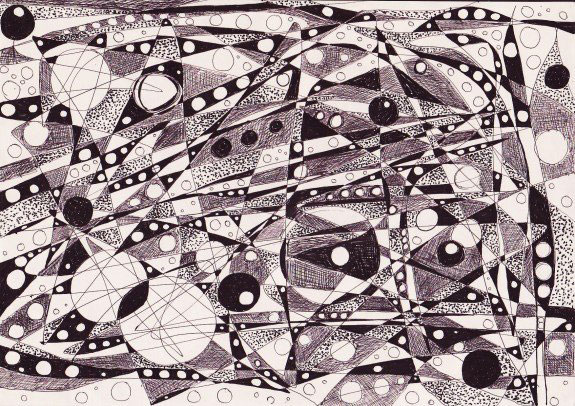