Another fun topic from the archives: the popularity of Ganguro Girls, young Japanese girls who wear blonde or orange hair and tanned skin. “Ganguro” is a rising fashion trend in Japan. Watch:

In ganguro fashion, a deep tan is combined with hair dyed in shades of orange to blonde, or a silver grey known as “high bleached”. Black ink is used as eye-liner and white concealer is used as lipstick and eyeshadow. False eyelashes, plastic facial gems, and pearl powder are often added to this. Platform shoes and brightly-coloured outfits complete the ganguro look. Also typical of ganguro fashion are tie-dyed sarongs, miniskirts, stickers on the face, and lots of bracelets, rings, and necklaces. The Shibuya and Ikebukuro districts of Tokyo are the center of ganguro fashion. 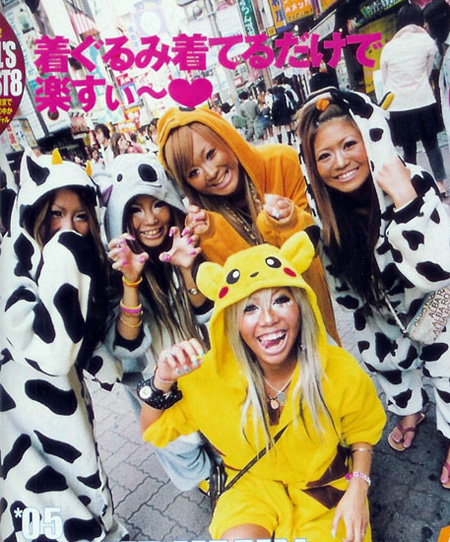 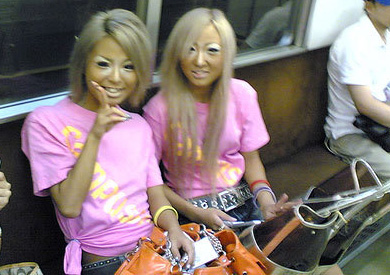 Ganguro falls into the larger subculture of gyaru, a slang term used for various groups of young women, usually referring to overly childish or rebellious girls. Researchers in the field of Japanese studies believe that ganguro is a form of revenge against traditional Japanese society due to resentment of neglect, isolation, and constraint of Japanese society. This is their attempt at individuality, self-expression, and freedom, in open defiance of school standards and regulations. The deep ganguro tan is in direct conflict with traditional Japanese ideas of feminine beauty. Due to this, as well as their use of slang, unconventional fashion sense, and perceived lack of hygiene, ganguro gals are almost always portrayed negatively by the Japanese media.

Fashion magazines like Egg and Kawaii magazine have had a direct influence on the ganguro. Other popular ganguro magazines include Popteen and Ego System. 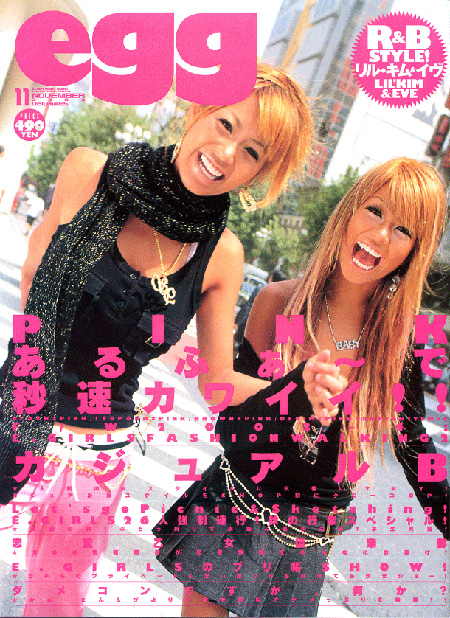 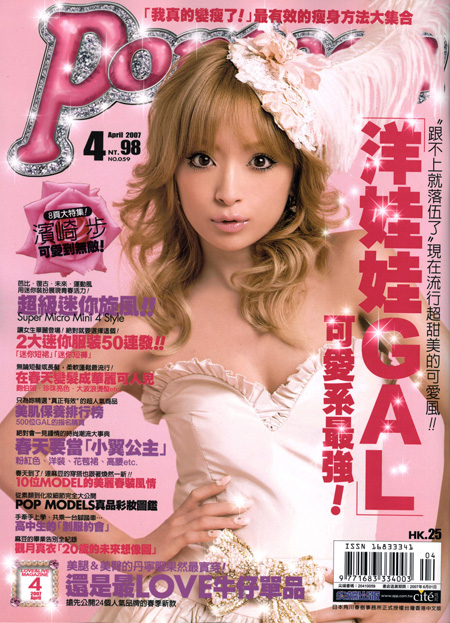 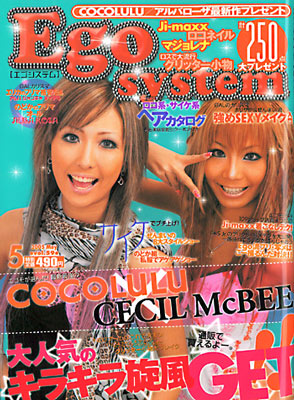 One of the most famous early ganguro girls was known as Buriteri, nicknamed after the black soy sauce used to flavour yellowtail fish in teriyaki cooking. Egg made her a star by frequently featuring her in its pages during the height of the ganguro craze. After modelling and advertising for the Shibuya tanning salon “Blacky”, social pressure and negative press convinced Buriteri to retire from the ganguro lifestyle. 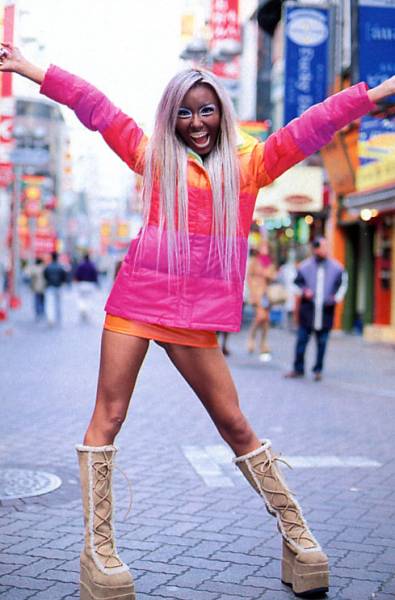 Yamanba and manba are terms often used to describe extreme practitioners of ganguro fashion. Old school Yamanba and Manba; (particularly known as 2004 Manba); featured dark tans and white lipstick, pastel eye make-up, tiny metallic or glittery adhesives below the eyes, brightly-colored contact lenses, plastic dayglo-colored clothing, and incongruous accessories, such as Hawaiian Leis (often the Alba Rosa brand). Stickers on the face died out shortly after 2004, and for a while, Manba died. Yamanba is now more extreme, and hair is often multicolored, and usually synthetic. 2008’s Manba has seen a darker tan, and no facial decoration (stickers). Hair is usually neon/bright colours, with pink being a favorite. Wool, extensions and clips are worn to make hair appear longer. Clothing remains the same, although Leis are worn less frequently now. Manba and Yamanba are not to be confused. Yamanba has white make-up only above the eye, while Manba has makeup below the eye also. Stuffed animals, bracelets, bells and hibiscuses are worn. 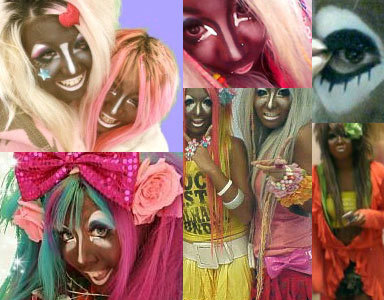 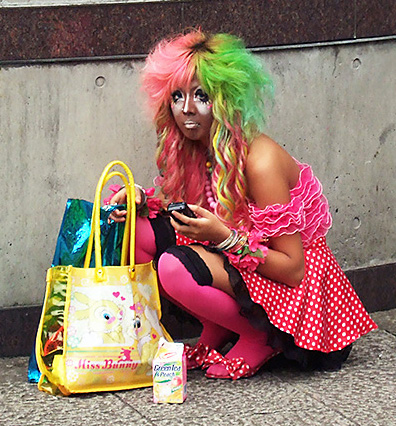