The Armenian police have started to crack down on emo culture, because they say that emo music is harmful. 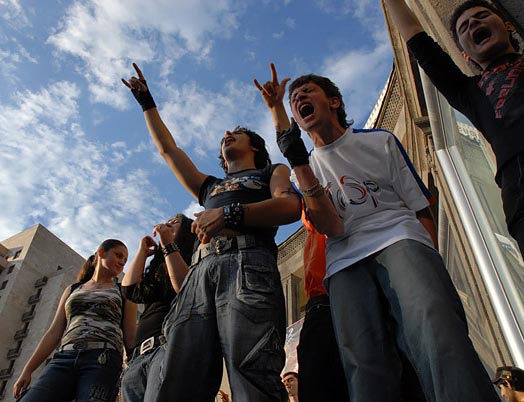 Police in Yerevan, the capital of Armenia, have started a campaign against the emo community since two teens committed suicide. The teens were rumored to be fans of Emo culture, a genre of rock music. (You know – Dashboard Confessional, Rites of Spring, Jimmy Eat World, Jawbreaker, My Chemical Romance, etc).

Cops even raided the home of a 13 year old emo fan and searched her stuff. They say that Emo culture is a threat to the welfare of the youth.

Officers have visited schools, searched pupils whose distinctive clothing marks them out as possible ’emos’, and mounted surveillance on public places where young people gather. Several fans have been detained for questioning, despite the lack of any specific legislation against the musical genre or its followers. In a recent interview, Armenia’s Chief of Police claimed that emo could “damage our gene pool”. “We should fight against such phenomena because they are morally harmful to our people,” he said.

Lots of authority figures in Armenia think the emo culture and emo music causes depression in teens; others simply see it as a threat from the West to traditional values. 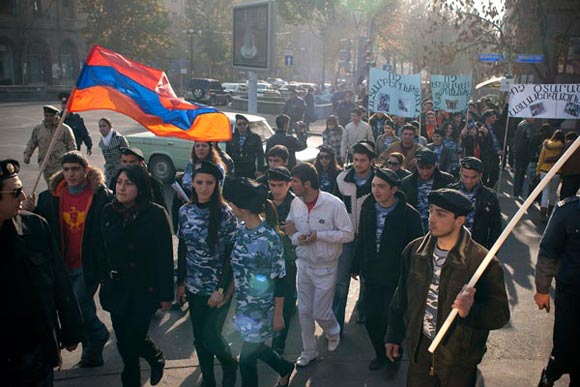 Youth wing of the Union of OMON (Police Task-Force) Veterans march against the Emo movement.