The punk movement that most people remember from the 70s and 80s has been kept alive in Asian and Muslim countries. Take Indonesia – you can now see kids in mohawks and wearing t-shirts of area punk bands (or American/UK Bands – see the t-shirts below bearing Motorhead and the Ramones, for example). But with the rise of punk culture in places like Indonesia also comes stepped up harassment by “the man.” A recent example of Indonesian punk kids being harassed by the authorities is seen in a story where cops detained punks, shaved their heads, and sent them to “re-education” schools. 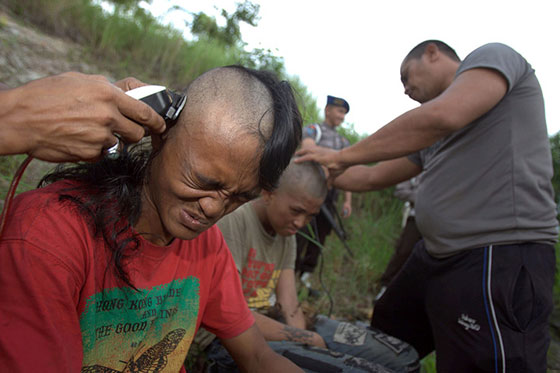 64 young men and women were detained in the devout Muslim province of Aceh, Indonesia, for “disturbing the peace.” They were sent to a school for re-education, which involved shaving off their mohawks, sending them into a communal bath, and reteaching them “morals.”

Aceh police spokesman Gustav Leo said that it’s because they want to protect the teens:

“They are Aceh’s own children – we are doing this for their own good. Their future could be at risk. We are re-educating them so they don’t shame their parents.” 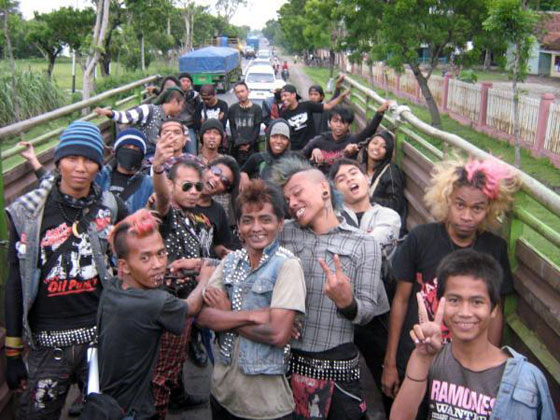 It’s refreshing to see the DIY punk scene grow in southeast Asia. Here’s a blog that covers the scene in Malaysia, Indonesia and Brunei. 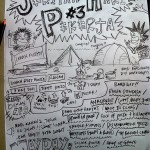 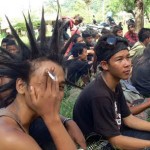 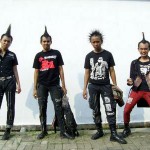 Taring Babi is a collective composed of artists who create events and campaigns; they even have their own art/printing studio. Part of this collective is the band Marjinal. In 2003, this collective aroused suspicions and hostility from the rest of their neighborhood in Jakarta:

The Marjinal punks were facing a fundamental but all too familiar challenge; how to gain acceptance from the wider community in which they lived. It was hard to negotiate the reality that in the eyes of the residents their tattoos marked them as criminals, warranting not just an open invitation to insult and judge them, but also a phobia that they somehow constituted a threat.

The Petrus killings of the early 80s had helped to affect how punk kids with tattoos were perceived (a symptom of Suharto’s “New Order” where he ordered mass killings).

The tattooed corpses of those murdered became a stark reminder of the power of the state. These so-called gangs of wild kids had not faced any court of law; they were labelled criminal and ‘sentenced’ based upon what were perceived as the symbolic markers of criminality inscribed on their bodies. These marks warranted execution despite their bearers not having been convicted of any crime.

Marjinal adopted an open house policy involving transparency which helped bridge the divide with their neighbors. 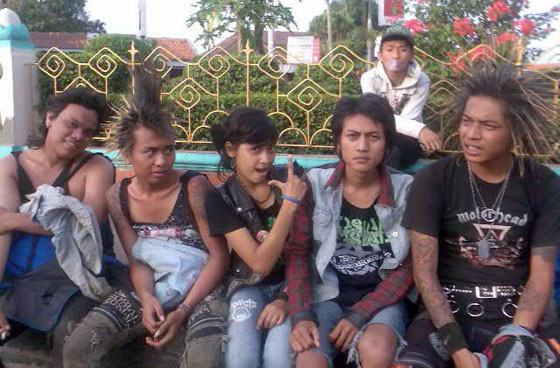 It’s awesome to see the popularity of this movement in places with extremely conservative cultures.

For further reading, check out Lion City Hardcore (Singapore, which has a decent sized hardcore/metal scene) and Malaysian Hardcore