Before Glenn Beck became the crazy conservative commentator in the Howard Beale mold, making millions through books, radio, and television, he was just a goofy radio shock jock who drank alot and got himself into trouble for taking radio pranks a bit too far. Let’s take a look at the Glenn Beck morning zoo: 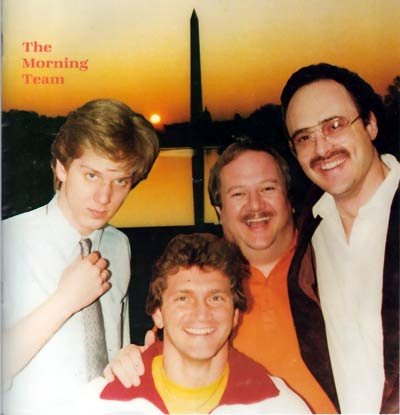 Captain Beck and the A-Team

In 1983, Beck was working at WPGC in Washington DC (listen to a sample of his Feb 1983 broadcast) when he met his first wife. They moved to Texas where he worked for KZFM for a bout 2 years. After that, Beck moved to Louisville, KY, where he became the morning DJ for WRKA. His show was called Captain Beck and the A-Team. That lasted until 1987 when he left due to some kind of dispute with the station management.

Here’s an mp3 of Glenn’s Show on WRKA. The date is April 15th, 1986. Note the irony of Beck discussing Libya and Gaddafi (Operation El Dorado Canyon). The content is not too different than his show today. History repeats. Salon says this about the show:

The birth of Glenn Beck as Radio Super Patriot can be traced to the morning of April 15, 1986. This was the morning after Ronald Reagan ordered U.S. warplanes to bomb Moammar Gadhafi’s Tripoli palace in response to the bombing of a Berlin nightclub frequented by U.S. servicemen. Beck sounded stoned during the show — and given his later claim to have smoked pot every day for 15 years, might have been — but even then his politics were anything but tie-dyed. After opening the show with a prayer and Lee Greenwood’s “God Bless the USA,” Beck played patriotic music through the morning. The only track receiving multiple plays was a New Wave-ish spoof titled “Qaddafi Sucks.” The song was a huge hit with listeners, dozens of whom called Beck to tell him how inspired they were by his patriotism. Caller after caller applauded him for “standing up for America.” When someone argued that Reagan should have dropped more bombs, Beck agreed. “I personally don’t think we did enough,” he says. “We should’ve went over there [sic] and bombed the hell out of ’em.” 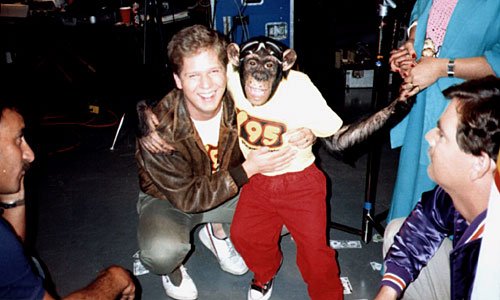 The Glenn Beck morning zoo continued in Phoenix, AZ, when he was hired by Y95 (KOY). His partner on the morning show was Tim Hattrick.

Beck started a rivalry with Bruce Kelly, who ran the morning show on Phoenix pop station KZZP. The highlight (or lowlight) of this conflict was when Glenn Beck called Bruce Kelly’s wife on the air, and made fun of her miscarriage:

Beck called her live on the air and says, ‘We hear you had a miscarriage,’ ” remembers Brad Miller, a former Y95 DJ and Clear Channel programmer. “When Terry said, ‘Yes,’ Beck proceeded to joke about how Bruce [Kelly] apparently can’t do anything right — about he can’t even have a baby.”

Beck accepted a job in Baltimore, MD working for B104 (WBSB). His partner on the morning show was Pat Gray.

Both were eventually fired, but not until after Beck’s arrest for speeding. The pair eventually made it to KC101 (WKCI) in Hamden, CN.

In 1994, Beck and his first wife Claire divorced.

The next year, Beck and Gray got in trouble for making fun of a Chinese caller, which led to protests. Gray soon left the show and Vinnie Penn took over his spot. In 1999, the station decided not to renew his contract.

The Glenn Beck morning zoo era ended at the turn of the new century, when he found himself in Tampa, FL, doing an afternoon show at AM station WFLA. Within a year the show was #1. The Glenn Beck program then went syndicated, nationwide. He moved his show to Philadephia, PA, and then to New York City, NY, where it currently resides. His ratings are #3, behind Limbaugh and Hannity.