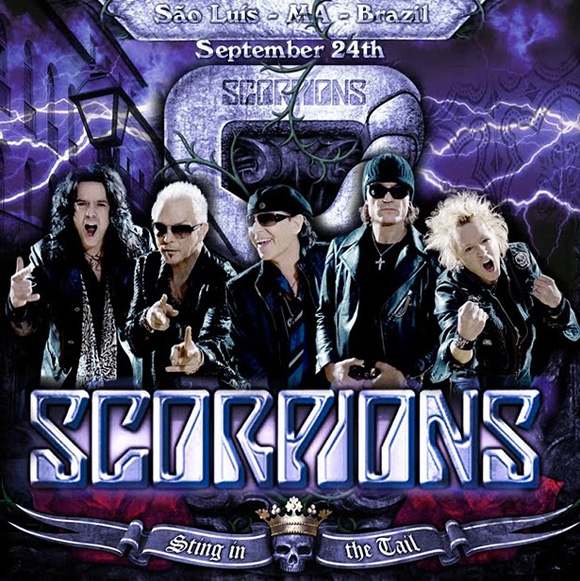 German rockers The Scorpoions formed way back in 1965, believe it or not! It was founded by guitarist Rudolf Schenker. The band did well in the 70s but it wasn’t until 1984 that they got massive with the release of Love at First Sting

Get Your Sting And Blackout World Tour began in March and is expected to go on until 2013. This will be their final tour before they retire.

The German metal legends have extended their farewell tour with more U.S. dates to come next summer. The band are currently booking next summer’s shows but have yet to announce any specific dates. The North American leg of the Get Your Sting and Blackout Tour just concluded in Chicago on August 21, with the band playing in Mexico this Saturday and then heading back to Europe for further dates.

Rudolf Schenker: “Nobody could believe that the Scorpions, the old farts, coming back and really kicking ass”

Scorpions will tour South America this month. Then it’s back to Europe for October and November.