22 year old Stefanie Woods, also known as the “Cookie Monster” was sentenced to 15 days in jail and additional 50 hours of community service for violating her probation. Woods was on probation for committing an armed robbery and kidnapping back in 2009. 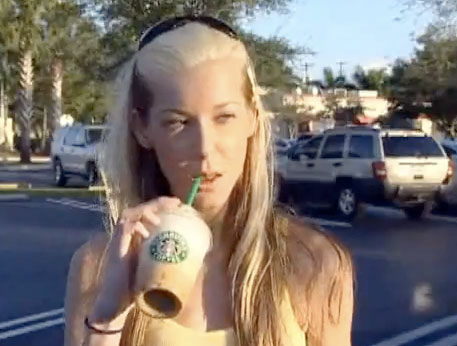 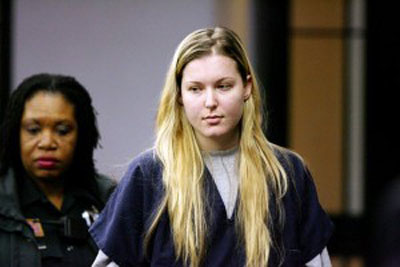 On September 30, 2009, Stefanie Woods was behind the wheel, giving a ride to a drug dealer named Quincy Grant, when her boyfriend – Alexander Rill of Palm Beach – jumped into the back seat with another man and robbed Grant at gunpoint. They stole methadone and Xanax tablets from him. Because of that incident, Woods was placed on house arrest and probation after pleading guilty. 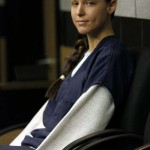 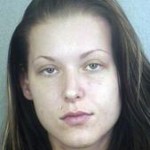 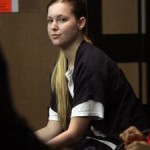 Before the robbery, Woods was arrested at a Denny’s for a dine-and-dash over $25 of food. And before that, she did something so ridiculous that it earned her the moniker Cookie Monster.

In 2008, Stefanie Woods and a friend of hers stole $168 from a Girl Scout who was selling cookies at a Winn Dixie suermarket in Boynton Beach, Florida. The fact that she was a “monster” for stealing from a girl scout isn’t as shocking as the video of her confession, taken shortly after the incident, in which she expressed absolutely no remorse whatsoever. The only regret she had was that she got caught.. and she didn’t get to keep the money! Drinking Starbucks and exclaiming “Who doesn’t like money?” her answer to the question “What lesson did you learn?” was a frightfully honest: “Don’t get caught.”

Sometimes there are no words. We wonder what happened to the other girl in the incident, who also expressed a lack of any moral center whatsoever.