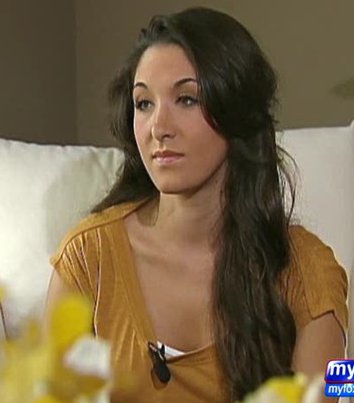 Apologies for being late on this story, but we just found it and it’s rather fascinating.

Before getting into the story, first check out this video. It’s called Wobblegirl, and it features clips from a news segment with a girl named Desiree Jennings. Before going on, let’s watch Wobblegirl (or: How to dance to dubstep!)

Did you laugh at the video, reader? Then you were having fun at the expense of Desiree Jennings, who was a Washington Redskins cheerleader, but then went to get her yearly flu shot in 2009 and ended up suffering from an extremely rare affliction called dystonia. You should now feel pretty bad for laughing, shouldn’t you? Here, watch this news segment on Desiree’s unfortunate situation:

This video brings up issues surrounding a controversial government program. Should you go get a flu shot every year? Does it do more harm than good? How can a flu shot cause such a reaction as dystonia, even if rare? What’s in those things? 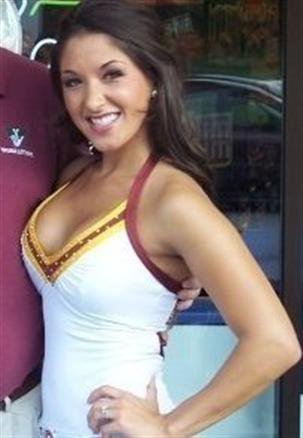 Well, we’re not here to debate that stuff. Check out this segment from Inside Edition about the followup to the Desiree Jennings story, and start feeling better about the Wobblegirl video:

So, yeah, they went as far as to postulate that poor Desiree suffered not from dystonia but some kind of psychogenic condition. And now her voice is changed – it’s Australian! Which is a side effect of her problem. (Now you know that everybody from Australia suffers from a medical condition and can be excused for their accent.)

The Desiree Jennings hoax continued as she came out on her website (now defunct) with the information that she was miraculously treated by a doctor named Rashid Buttar. If you are not familiar with Doc Buttar, he’s a guy with a very controversial past. He has done urine injection therapy and all sorts of other bizarre things.

Anyway, it seems that Jennings was cured… yay. Unless she was pulling a hoax and was full of shit from the get-go. In which case we say: Yay! Nice performance!

We are just glad that it’s safe to laugh at Wobblegirl. 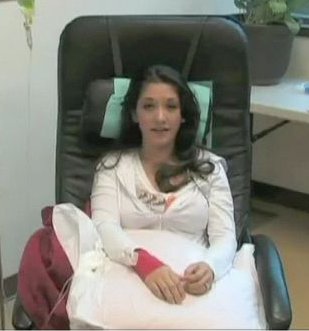