A suspicious device that appeared to be a pony-shaped stuffed animal was blown up this morning after it was found in the middle of a cul-de-sac near Waterbridge Elementary School. The school was placed on lockdown and the pony was blown up. (Source: Orlando Sentinel) 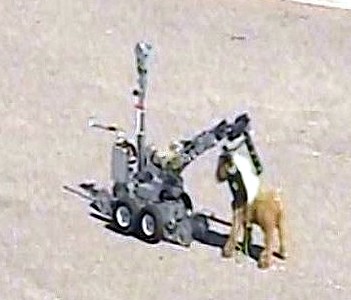 Somebody will have to explain to Sally why her little pony is a terrorist.

Here’s the video of the poor pony being blown up:

Notice in the video that they used one of those red Orlando recycling containers to help with the explosion. What the hell… those things are highly valued items (you would think so, anyway, since the city never seems to have any when you request one).

Here’s a local news story about it: