Now here’s something we didn’t expect to see – female ninjas of Iran. It all started with a Reuters story that had the headline “Thousands of female Ninjas train as Iran’s assassins.” The body of the story talks about female “ninja” fighters being trained to protect the Iranian homeland. The female warriors have ages ranging from 5 years old to 56 years old.

Reuters ended up changing the headline to read as a less offensive “Three thousand women Ninjas train in Iran”. But according to the Iranian government, the damage was already done, so the government’s Ministry of Culture yanked Reuters’ press credentials in Tehran. (source)

Now, the Iranian female martial artists are suing the press agency for defamation.

The opening of Ninjutsu clubs in Iran has met with success. The clubs are supervised by Iran’s “Ministry of Sports’ Martial Arts Federation.”

Khatereh Jalilzadeh, one of Iran’s “female ninjas” says that Ninjutsu is enjoyed as a sport only, and is apolitical. 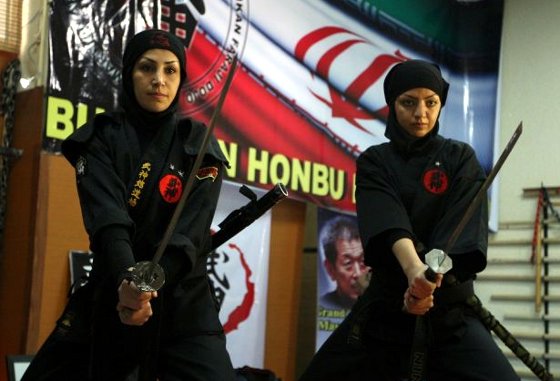 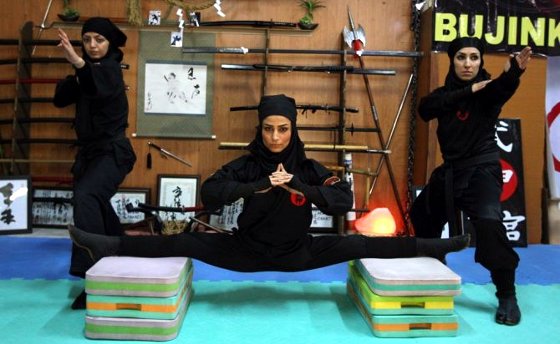 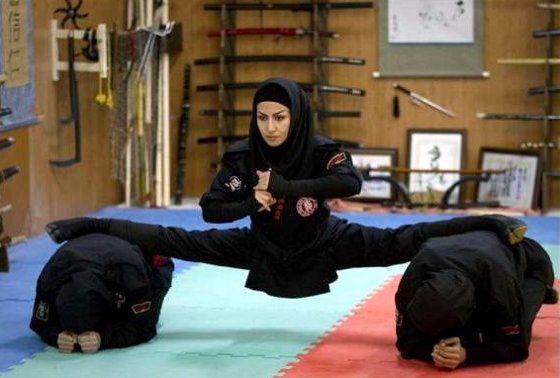