This poor woman was so addicted to plastic surgery that she resorted to injecting cooking oil into her face. Warning: this very sad story also contains some disturbing images.

Here is what Hang Mioku, who is Korean, used to look like: 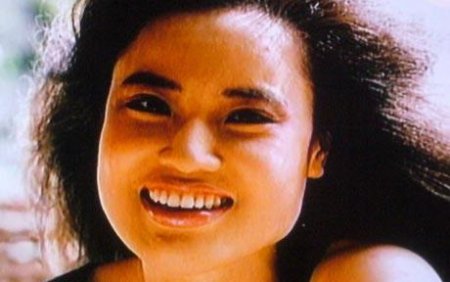 According to the UK Telegraph:

Hang Mioku had her first plastic surgery procedure when she was 28; hooked from the beginning she moved to Japan where she had further operations – mostly to her face. Following operation after operation, her face was eventually left enlarged and disfigured. Eventually the surgeons she visited refused to carry out any more work on her and one suggested that her obsession could be a sign of a psychological disorder. She started treatment, but it was too expensive so she soon fell back into old ways.

Amazingly, she found a doctor who was willing to give her silicone injects and, what’s more, he then gave her a syringe and silicone of her own so she could self-inject. When her supply of silicone ran out Hang resorted to injecting cooking oil into her face. 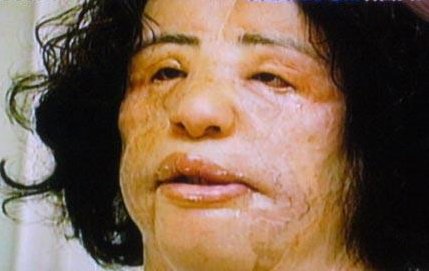 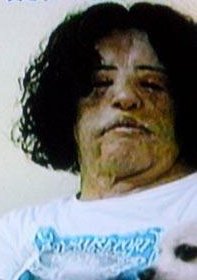 Her face became so grotesquely large that she was called “standing fan” by children in her neighbourhood – due to her large face and small body.

As Hang’s notoriety spread she was featured on Korean TV. Viewers seeing the report took mercy on her and sent in enough donations to enable her to have surgery to reduce the size of her face. During the first procedure surgeons removed 60g of foreign substance from Hang’s face and 200g from her neck. After several other sessions her face was left greatly reduced but still scarred and disfigured. And it would seem that even Hang can now see the damage she has done; she now says that she would simply like her original face back. 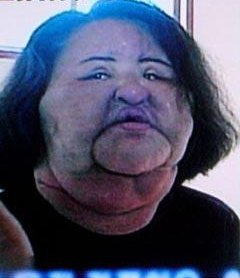 Talk about plastic surgery disasters. We haven’t seen anything so horrible since Jocelyn Wildenstein. 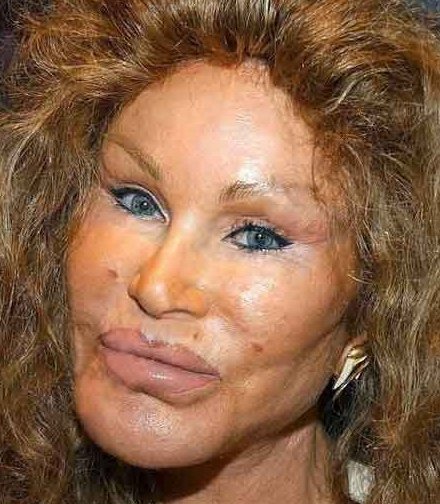 Plastic Surgery Disasters... when will they stop?