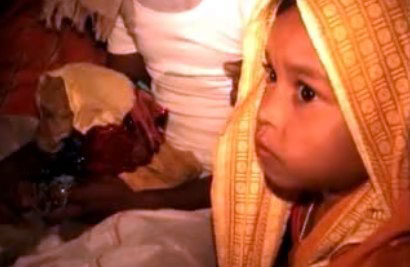 Girl marries a dog to ward off spirits:

A young girl in India’s eastern Jharkhand has married a stray dog with the belief that it will ward off an evil spirit. The dog’s paw was dipped into a substance and then placed on the girl’s forehead during one part of the ritual. Villagers at Munda Dhanda performed the ceremony to avert any curse that may come upon the girl’s family, Reuters reported. She will later be free to marry a man without getting a divorce from the dog. 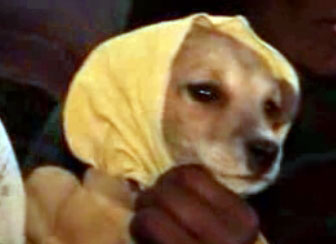 Yeah, they have, uh, different views and stuff. Take the story of an Indian man who stoned two dogs to death, got a “curse” in the form of paralysis, so he fixed it by marrying a female dog a few years ago. Selvakumar and his “bride,” Selvi, exchanged vows during a Hindu ceremony.

“On the advice of an astrologer and others, he decided to marry a bitch to get cured,” a relative named Ramu told Reuters. “Then we arranged Selvakumar’s marriage with a bitch.”

What made the guy stone two dogs to death in the first place? Did they have affairs with his sister or something?

Other cases of human-animal marriage in India that also involve canines:

In June, 2003, a 9 year old Indian girl of the Santal tribe married a dog to get rid of a bad omen. More than 100 people showed up to the wedding. 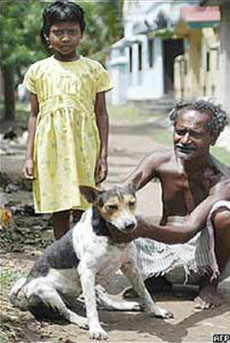 In Feb, 2009, a boy was married to a dog because Indian villagers said it would protect him from wild tiger attacks.

Human-animal marriages are not recognized by government, and probably illegal, but superstitious villagers in remote areas of Indian still keep the custom alive.

It should be noted that in all cases, the people involved are free to marry regular humans, and they don’t even have to divorce their dog spouses to do it. We assume that the dogs are free to see other dogs as well. It’s only fair.