A mountain in France called the Pic de Bugarach has been home to a French commune that believes the end of the world will arrive on December 21, 2012. About 20,000 members of the cult believe that the Pic de Bugarach is home to aliens that will rescue them from the apocalypse next month. 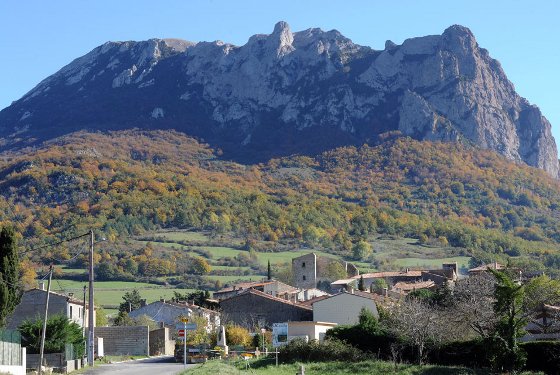 Pic de Bugarach is sometimes called the “upside-down mountain” because rock samples on the peak are older than samples at lower elevations. This is because of a past eruption which caused the peak to flip upside down.

Rumors surround the mountain. These include strange digs supposedly committed by both Mossad and Nazis, and other weird rituals performed by unknown parties. French authorities, worried about possible mass suicides or who-knows-what on December 21st, have banned access to the Pic de Bugarach on that date. Eric Freysselinard, a state representative, says he is concerned for the safety of the thousands of people planning on rushing the site. Freysselinard also plans to deploy police and firefighters near the village at the foot of the mountain.

Thanks to Michael for the story!