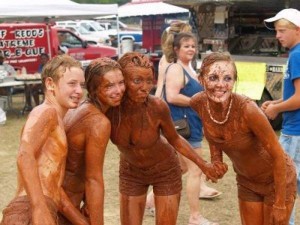 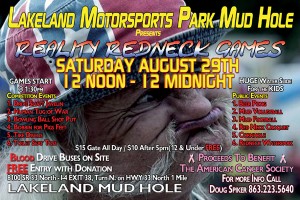 The event is an offshoot of the annual Summer Redneck Games in Georgia, which arose as a countrified alternative to the 1996 Atlanta Olympics. Saturday’s event will feature opening ceremonies, at which someone carrying a torch (a flaming bundle of beer cans) will ignite a sacred receptacle (a barbecue grill). 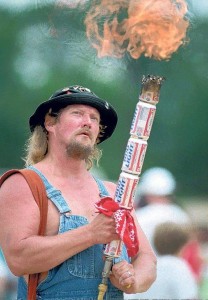 Organizers hope to make the Reality Redneck Games a twice-yearly event in Lakeland. The entry free for teams is $250, with proceeds going to the American Cancer Society. A regular schedule of mud racing at Lakeland Motorsports Park will begin at 7 p.m. 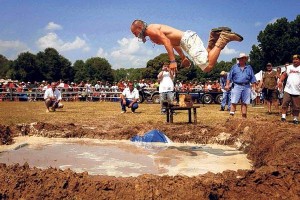