statue. Bing has consulted the internets for ideas on reviving the city, and the RoboCop statue was one suggestion.

In other news, Bing has created a program that will let police officers get homes for $1,000 and $150,000 in grants for fixing them up. The idea is to get the cops out of the suburbs and back into the city. 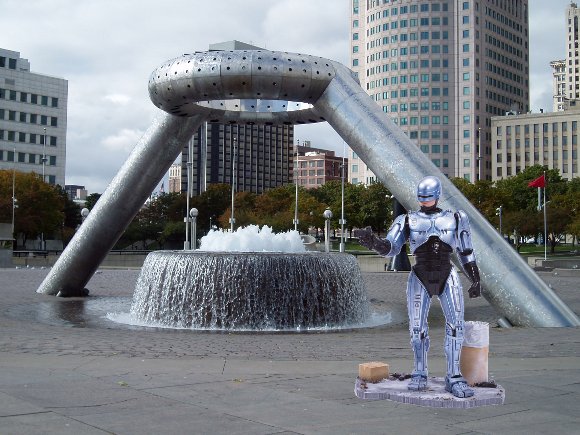 The supporters of the Robocop statue idea started a fundraising site with a goal of collecting $50,000 for the statue. They reached their goal and then sum, partly thanks to a contribution from a guy at Omni Consumer Products. This is a real OCP – they make “licensed versions of fictional products” like Stay Puft Marshmallows and Brawndo: The Thirst Mutilator!

The statue is planned to go to Imagination Station on Roosevelt Park.