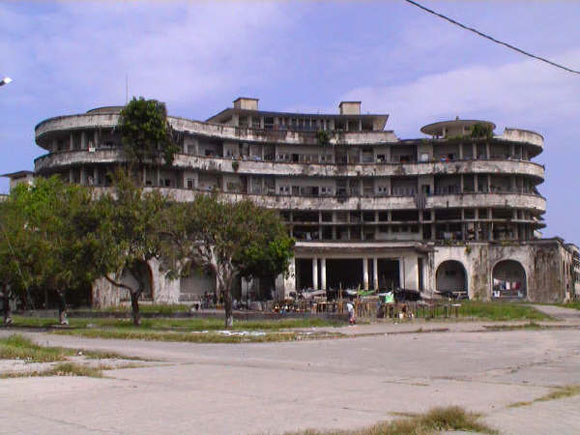 An abandoned hotel in Beira, Mozambique is now home to squatters who number in the thousands.

The Grande Hotel in Beira used to be a luxury hotel back in the 1950s, during the time when Mozambique was a Portuguese colony. It was a beautiful place, with 110 rooms, and a pool, once called “the Pride of Africa.”

It was never profitable, however. A commenter on Boing Boing suggests this could be due to the nature of Beira, being an industrial city:

It’s an industrial town because of the natural harbour but the harbour isn’t really big enough so even people who live very close still route their ships through Dar. Also the ocean is silty because of the Zambezi river flowing into it. So if you were on vacation you could either go to any of the really beautiful towns south of the Rio Save or you could drive for a million miles to a small grimy industrial town with rubbish beaches? 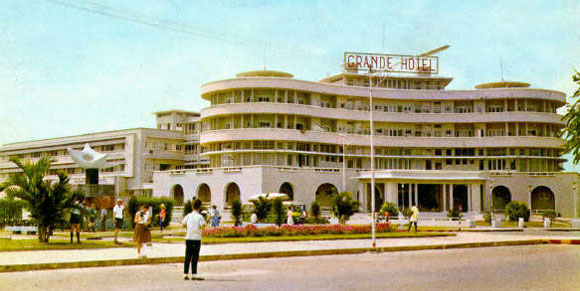 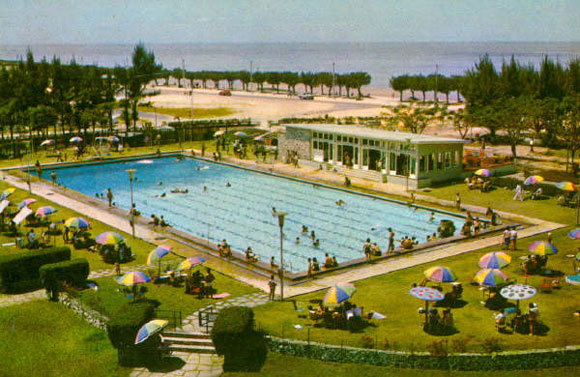 The owners abandoned the hotel in the 60s. Then the independence war happened in the 70s. After independence from Portugal in 1975, the basement of the hotel was used to hold political prisoners. Wikipedia says that even after 1975, the swimming pool and conference rooms were still in use.

From 1977 to 1992, Mozambique suffered a violent civil war between anti-Communist and Marxist forces. During this time, the Grande Hotel was used as a refugee camp.

After a New Year’s Eve party to ring in 1981, the general population took the place over. Since then, Grande Hotel Beira has been home to about 2,000 – 3,000 squatters, living without water or electricity.

The hotel, despite falling apart, has become a self-contained community. 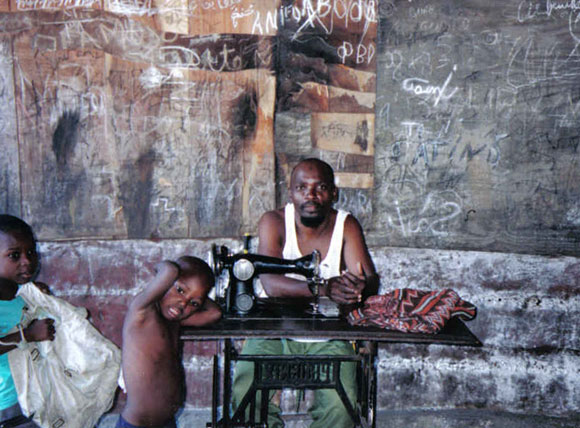 Journalist Florian Plavec and Belgian filmmaker Lotte Stoops, who have done stories on the hotel, have mentioned that anything of value has been looted, including tiles, wood, glass, and sinks. The swimming pool is used to wash clothes. The pool bar is now a urinal. Floors have collapsed. Currently there are about 350 families living at the hotel. One tour guide in the area takes his customers by the hotel as a stop.

The hotel has almost become like a housing project. It has self-organized somewhat – there’s somebody there to solve residents’ problems, a few “security” people, even “landlords” who rent their space to others. In the corridors of the hotel you can buy products from people – anything from toiletry items to food. Stoops claimed that there are people who have lived their entire lives at the Beira Grande. 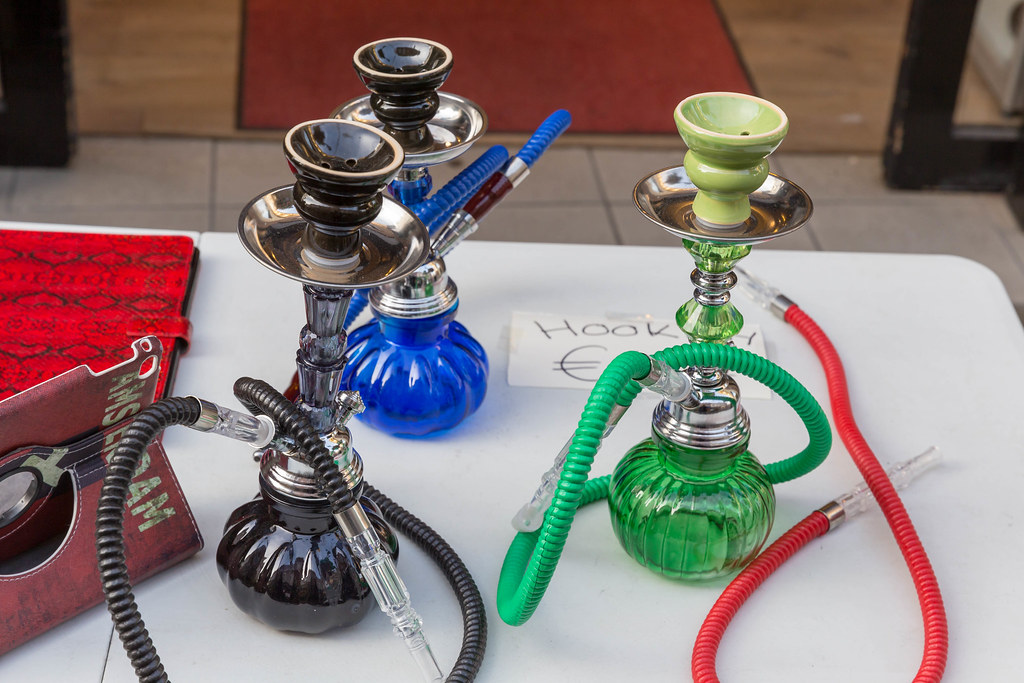