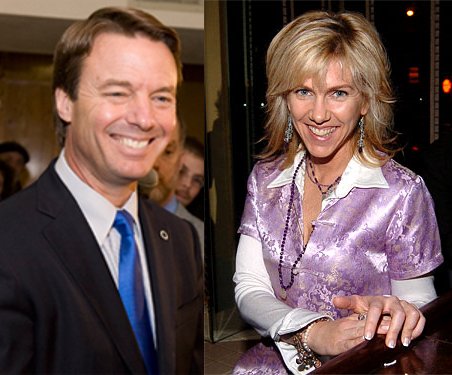 It started in October 2007, when the National Enquirer, of all publications, broke a story about almost-VP John Edwards and his affair with a woman named Rielle Hunter.

Almost a year prior, the Edwards campaign hired Hunter, a filmmaker, to produce a series of videos about life on the campaign trail. Hunter had previously met Edwards at a bar while he was in New York on business. The documentaries cost over $100,000 to produce.

Actually, it wasn’t the National Enquirer that first made mention of a possible affair. It was Page Six of the New York Post, a couple of months earlier, which didn’t even mention Edwards by name, but it was obvious to somebody because Hunter and Edwards were eventually found out.

On October 10, 2007, The National Enquirer published a story stating that John Edwards was having an affair with Hunter, which both Edwards and Hunter denied. Edwards himself said the story was:

“completely untrue, ridiculous. I’ve been in love with the same woman for 30-plus years [Elizabeth Edwards] and as anybody who’s been around us knows, she’s an extraordinary human being, warm, loving, beautiful, sexy and as good a person as I have ever known. So the story’s just false.”

Turns out that Edwards was lying through his teeth. That following December, the Equirer dropped another bomb – that Rielle Hunter was more than 6 months pregnant, and Edwards was the father.

To complicate the issue, a man named Andrew Young, who worked closely with the Edwards campaign, was a friend of John, and was married with kids himself, stepped forward and claimed paternity of Hunter’s kid. At this point, Hunter was living in Chapel Hill, near Young’s home. Also, at this point, the mainstream media shrugged off the stories.

In July of 2008, the mainstream media started to pay attention. Fox News reported that a hotel security guard intervened between a man he identified as former Sen. John Edwards and tabloid reporters after Edwards showed up for a rendezvous with his mistress and her baby daughter. The Beverly Hilton Hotel guard said he escorted Edwards out of the building after 2 a.m.

Enquirer Editor-in-Chief David Perel told FOXNews.com his reporters caught Edwards visiting Hunter and her baby at the hotel earlier Monday evening. Perel said Hunter and Edwards have been occasionally getting together so Edwards can see the baby. Hunter came to Beverly Hills with a male friend, Bob McGovern, said Perel. Hunter and her companion reportedly booked two rooms under McGovern’s name, and McGovern picked up Edwards to bring him back to the hotel. 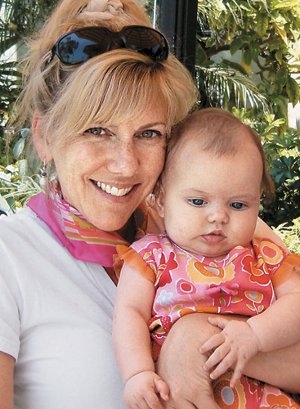 In August 2008, John Edwards finally admitted the affair, but did not admit paternity. His statement included:

When a supermarket tabloid told a version of the story, I used the fact that the story contained many falsities to deny it. But being 99% honest is no longer enough.
… that misconduct took place for a short period in 2006. It ended then. I am and have been willing to take any test necessary to establish the fact that I am not the father of any baby, and I am truly hopeful that a test will be done so this fact can be definitively established.

In January 2010, it was reported that John has separated from his wife Elizabeth Edwards, who had been battling cancer during this time. He also came forward and admitted that he was indeed the father of Hunter’s daughter, Frances Quinn.

“I am Quinn’s father. I will do everything in my power to provide her with the love and support she deserves. I have been able to spend time with her during the past year and trust that future efforts to show her the love and affection she deserves can be done privately and in peace.”

In an interview with GQ, Rielle Hunter stated:

…I said I could help him. Which I really believed I could. And quite frankly—well, depending on your perspective, I really have.
…So the home was wrecked already. I was not the Home Wrecker.
…To me it shows, as a society, how cut off from the truth we are, that a magazine [National Enquirer] that pays their sources and every once in a while gets something factually correct is now eligible for a Pulitzer. Wow, we’re all going to hell. 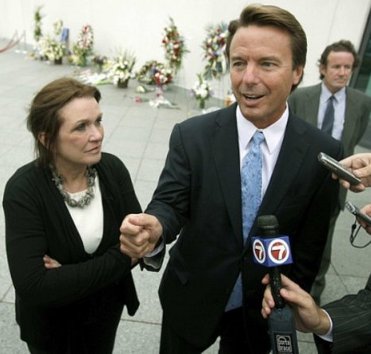 On December 7, 2010, Elizabeth Edwards passed away from cancer at the age of 61.