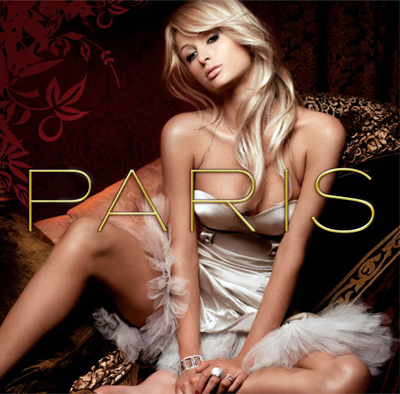 Today’s so-called hip-hop, R&B, and bubblegum pop really sucks. Really. The difference is, hiphop and R&B didn’t always suck, but bubblegum pop pretty much has always sucked, since it’s invention, frankly. T’Pau, Tiffany, Debbie Gibson, Milli Vanilli. New Kids on the Block, Menudo, Spice Girls, Backstreet Boys, N’Sync, etcetera etcetera etcetera. Yes, I listened to some of them and yes, I even liked them. That’s the problem with dance/teen-pop – it is infectious at the same time it is bad. This is something I apply as well to artists like Lil Jon, who as a rapper doesn’t have any talent, but as a producer can invent beats that get stuck in your head. So yeah, it’s a love/hate relationship with a type of music that I might consider evil if I was a religious man. Not because it’s bad, mind you, but because it’s “bad for me” and yet like Ben & Jerrys’ Chocolate Fudge Brownie, sometimes I just don’t care.

Let’s talk about Paris Hilton and her album “Paris”. It’s a “bad” album. It’s disposable fluff. It’s lightweight and airy. And it’s catchy. So I guess that makes it “good”. Look, I really don’t know what kind of label to apply to this album. But I have it on repeated plays – this album is a dictionary definition of what I consider “pop” to be – Cheerful, bubblegum, summertime music that will play great in clubs or on the radio, despite the fact that there are no calories in the thing. It’s a paradox because it represents so well what makes Paris Hilton appealing at the same time she’s so repellant – the things she does reaches into the basest parts of our lizard brains, the parts that love to gossip, that love sex, that are materialistic – basically, the “lazy” parts of us.

The album really does catchy teen-pop correctly, and that is for a few reasons. First, Paris Hilton isn’t really any worse of a singer than Britney Spears, Lindsay Lohan, Jessica or Ashlee Simpson. She has a nice raspy voice that complements the beats and melodies, but more importantly – anytime that she exhibits something off-key, you can count on producer Scott Storch to crank up Antares’ Auto-Tune plugin, which, as the Antares website says: “corrects intonation problems in vocals or solo instruments, in real time, without distortion or artifacts, while preserving all of the expressive nuance of the original performance – with audio quality so pristine that the only difference between what goes in and what comes out is the intonation”.

With Auto-Tune, even the worst singer can be brought up to the level of mediocrity, at least. This just exemplifies how production matters to top-40 music and nothing else. A glossed-up turd will sell, thanks to the efforts of producers like Scott Storch, Timbaland, and Pharrell Williams. Never, never, never underestimate Pro-Tools.

Paris, heir to the Hilton fortune, can certainly afford to hire the talents of Storch (one of her many ex-boyfriends), Kara DioGuardi (songwriter), Penelope Magnet, Fat Joe, and Jadakiss. Some standout tracks here are Turn it Up with its thumping baseline, Fightin’ Over Me because of it’s hiphop influence and simple piano melody, Stars Are Blind with Fernando Garibay’s uptempo reggae number reminiscent of Blondie’s The Tide is High, I Want You for it’s Frankie Valli sample from Grease and disco beat, and Nothing in this World which is finely tuned by Dr. Luke and Sheppard Solomon (reponsible for Kelly Clarkson’s Since U Been Gone). There’s even a cover of Rod Stewart’s Do You Think I’m Sexy. 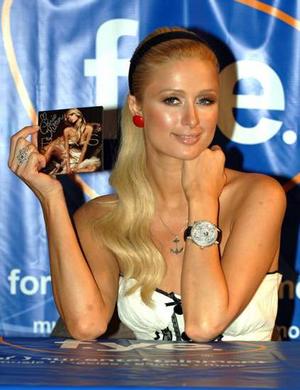 The lyrics on the album work because they personalize things. Turn it Up starts off the album and the lyrics play off of Paris’ persona “When I lose my clothes/ You like that, don’t cha?/ Let’s get exposed/ Cause you know you want to”. Fightin Over Me says “Every time I turn around/ The boys fightin’ over me/ Every time I step out the house/ They wanna fight over me/ Maybe cause I’m hot today/ And I’m so so so so sexy”. Jealousy‘s lyrics (“I was always happy/ When I was watchin’ you become a star
But you were only happy/ When the world was openin’ up my scars”) are obviously about Nicole Ritchie.

The album is obviously over-produced, tweaked, and auto-tuned, and some people might have a problem with that, but I don’t. This isn’t a Radiohead album, this is Paris Hilton. This is what pop is – go ask the K Foundation if you don’t believe. They predicted all of this, really. In retrospect, I would be disappointed if Paris didn’t deliver decent disposable fluff. Who better to do it? Machines making machines making machines…